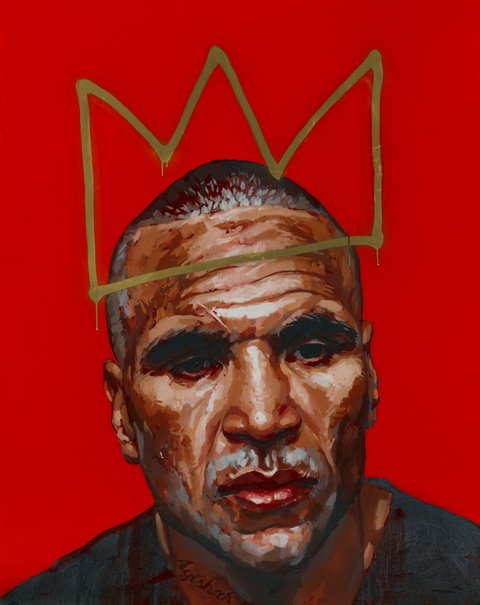 Nicknamed ‘The man’, Anthony Mundine is a professional boxer and ex-professional rugby league player. A member of the Bundjalung people, he converted to Islam in 1999. In 2000 he was named the Aboriginal and Torres Strait Islander of the Year.

Abdul Abdullah has been a fan of Mundine’s since he started boxing but it was during the promotional tour prior to his 2006 fight with Danny Green that he became convinced there was more to Mundine than sport.

‘Mundine was represented as the bad guy who talked too much, while his opponent was the working-class hero who was going to shut him up. But when Mundine visited Perth he was down-to-earth, well spoken, and generous with his time. He proved himself to be a people’s champion and I believe he won the hearts and minds of everyone he met.’

Abdullah says he didn’t want to portray Mundine as a boxer. ‘I wanted to show the earnest, deep-thinking person I believe he is. I wanted to show the warrior who fights for a cause bigger than himself. The crown is a nod to Basquiat’s portrayal of Sugar Ray Robinson and Muhammad Ali.’

Born in Perth in 1986, Abdullah works across all mediums and is primarily interested in the human experience in a contemporary, multicultural Australian context. He was a finalist in the 2011 Archibald Prize with a portrait of Waleed Aly.