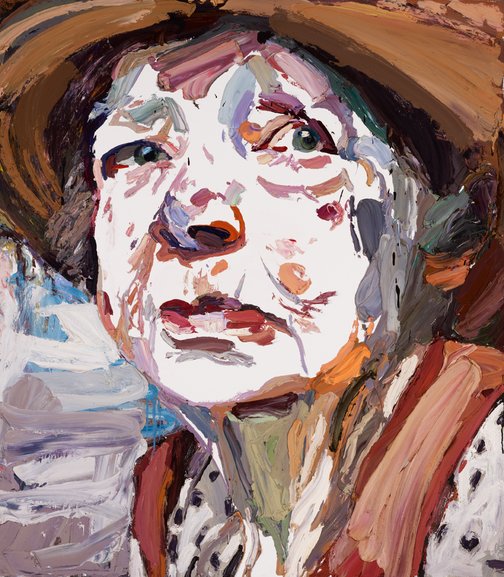 When Ben Quilty first asked legendary painter Margaret Olley to sit for him she said no. ‘Her lack of ego is so appealing,’ says Quilty. ‘Margaret didn’t understand why anyone would want to see a portrait of her.’

Quilty met Olley when she was a guest judge for the 2002 Brett Whiteley Travelling Art Scholarship, which he won. ‘She’s been a friend and great supporter of my work ever since,’ he says.

‘She’s such an inspiration,’ says Quilty. ‘She was a feminist ahead of her time. She’s vigorously passionate about social and political issues, as well as art, and is enormously compassionate. Margaret has such an infectious attitude to both life and death. Recently, I was amazed at how many new works she had on the go. She said to me, “I’m like an old tree dying and setting forth flowers as fast as it can, while it still can.” I thought that was such a powerful metaphor.’

As for the bright palette: ‘You just need to walk into her home, which is also her studio, to see that you couldn’t use anything but striking colour. It’s full of translucent works-in-progress, beautiful drawings, sculptures and flowers, so I wanted the portrait to reflect that.’

Most of Quilty’s work to date has been about masculinity but he says, ‘Margaret has had such a powerful bearing on my career. She has asked me constantly for years to stop painting ugly skulls and paint something beautiful.’ Quilty has just finished a series of paintings of his wife.