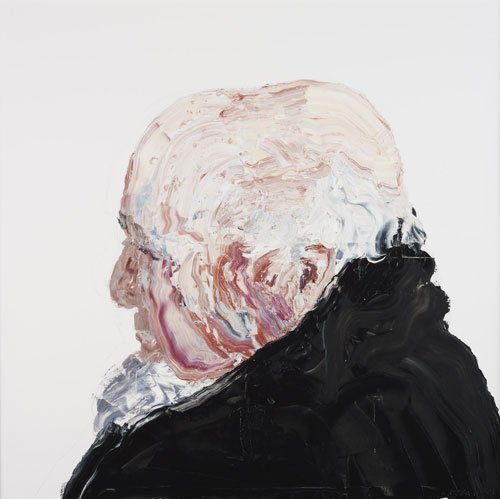 Thomas Keneally is an acclaimed novelist, playwright and non-fiction writer best known for his novel Schindler’s ark, which won the Booker Prize in 1982 and was made into the Academy Award-winning film Schindler’s list by Steven Spielberg. He has been shortlisted for the Booker on three other occasions and has won the Miles Franklin Award twice.

Asked why he chose to paint him, Paul Ryan says simply: ‘He’s just got a wonderful head, doesn’t he? One of the fun things for portrait artists is the opportunity to meet people we admire. I’ve read and enjoyed Tom’s books for years, but I choose people based on looks.’
Ryan contacted Keneally through his publisher and received an email back from the writer agreeing to sit for him but saying he didn’t know why he wanted to paint ‘an ugly old bastard like me.’

Ryan often photographs all around his subject’s head as well as making sketches. ‘When I got home, I thought what an amazing shaped head Tom has so I decided to work mainly on that,’ he says. ‘There is no other paint on the canvas except for the head and shoulders. I liked the way it became like a sculpture, as a result. An artist friend of mine kept popping in while I was working on it and said that it looked like a mountain – hence the title.’

Ryan painted the portrait in a couple of hours. ‘I’m really trying to free up my style and do a work in one hit when the paint is wet and not have that laboured look of some of my other Archibald entries, which I’ve worked on over several weeks,’ he says. He painted a similar-sized portrait of Keneally and thought it was ‘OK’, but decided to give it another go a couple of weeks before the Archibald deadline – and this was the one he submitted.