Entries: 198 (80 selected)
Exhibition dates: 28 January to 5 March 1961
Only selected works were exhibited; each artist could submit up to two works

Judy Cassab became the second woman to win the Archibald Prize, with a portrait of artist Stanislaus Rapotec. Jon Molvig’s portrait of Percy Spender (the first Australian on the International Court of Justice) was thought to be the other main contender. The trustees, rumoured to be unable to agree on a winner, delayed the announcement by three hours. The Gallery purchased the winning painting in 1961. 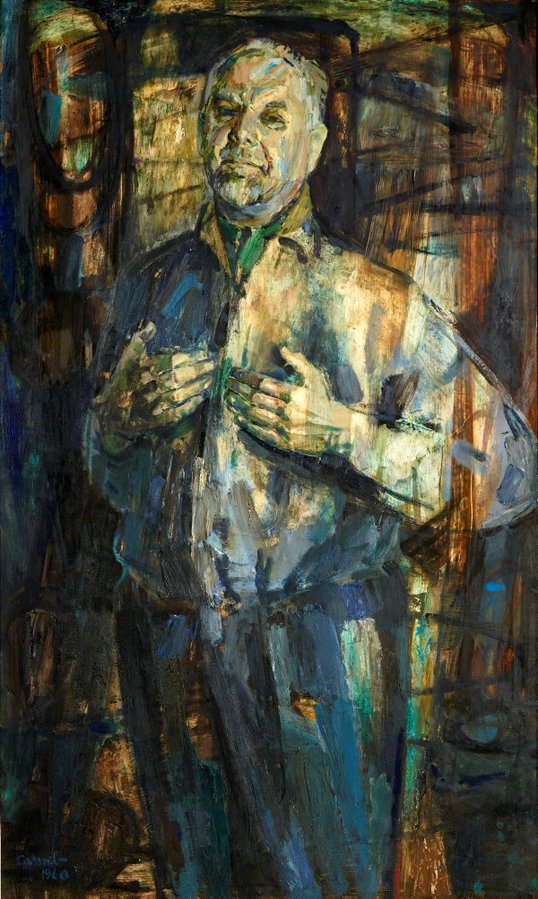