Entries: 182 (77 selected)
Exhibition dates: 22 January to 27 February 1955
Only selected works were exhibited; each artist could submit up to two works

After so often disagreeing with the decisions made by the Gallery trustees, the Contemporary Art Society (CAS) presented its own award to one of works in the Archibald Prize, chosen not just from finalists but also from entries that had been rejected for display.

The CAS judges gave their prize to Michael Kmit for his self-portrait and highly commended both Judy Cassab’s portrait of Kmit and Jack Carington Smith’s portrait of Professor AL McAulay. All three works had also been selected for the exhibition, although the Archibald went to Ivor Hele for his portrait of the then prime minister, Robert Menzies. The Gallery bought the McAulay portrait for the collection. 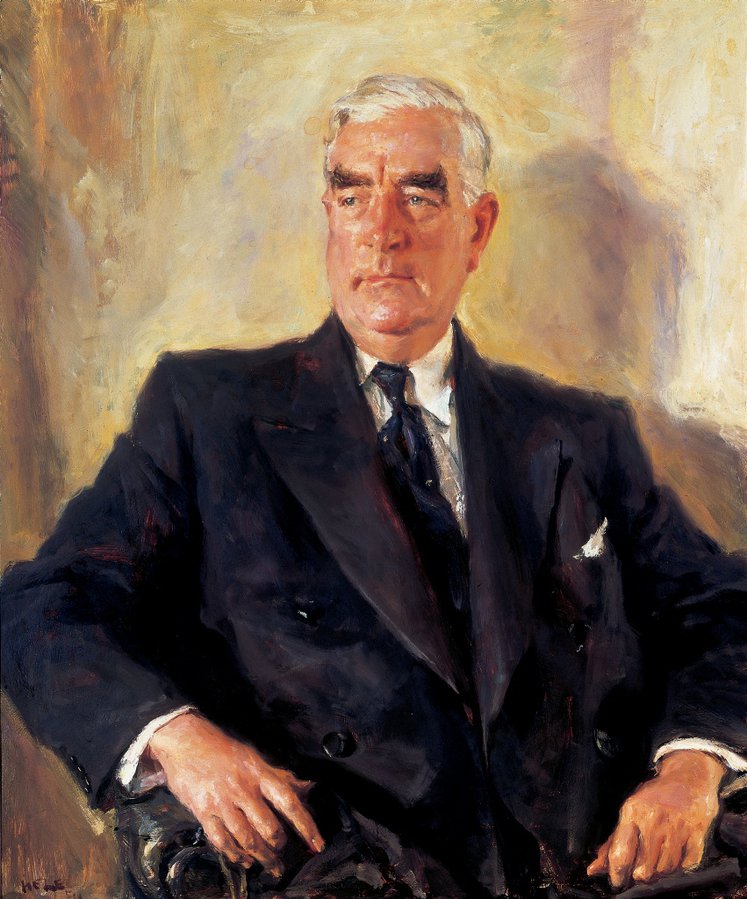