Entries: 241 (83 selected)
Exhibition dates: 24 January to 8 March 1953
Only selected works were exhibited; each artist could submit up to two works

William Dargie’s seventh win – for a portrait of BHP chairman Essington Lewis – provoked an art students’ demonstration. Students, including John Olsen, marched around the Gallery, gave three cheers for Picasso and left. A woman in the demonstration tied a placard around the neck of her dachshund, which read ‘Winner Archibald Prize – William Doggie’.

The first show of entries rejected by the Gallery trustees was held, in February 1953 at the NSW Department of Education galleries in aid of the St Johns Ambulance Brigade. At the opening, artists handed out a leaflet demanding ‘Gallery reform’ and a limitation of the trustees’ term of office. 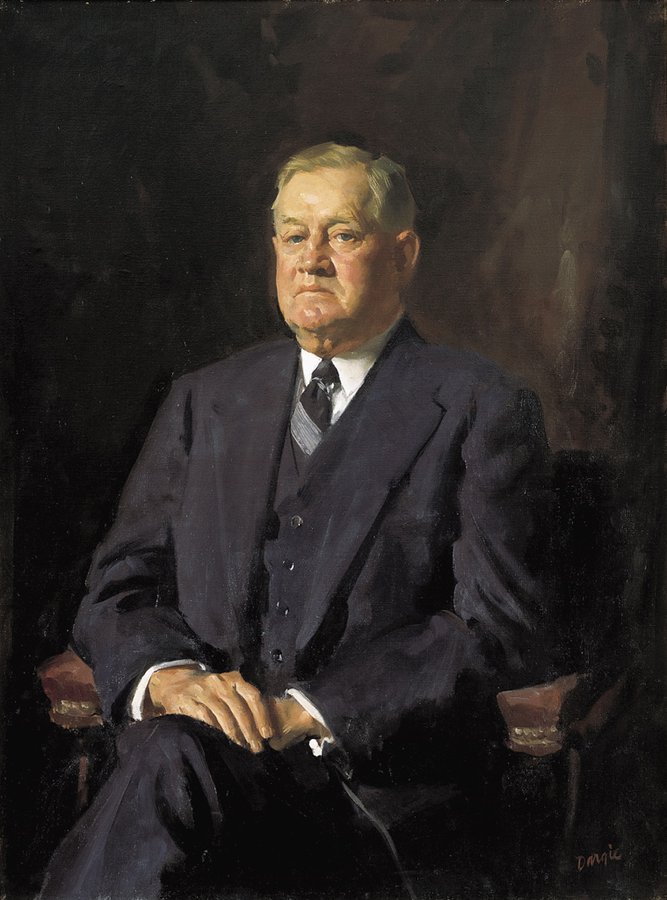