Entries: 148 works
Exhibition dates: 22 January to 19 March 1944
All entries were exhibited; no limit to number of works each artist could submit

William Dobell’s painting of fellow Archibald artist Joshua Smith was awarded the prize, leading to the biggest controversy in its history.

The unusual style of the painting, described by some as a ‘caricature’, drew record crowds to the Gallery, with opening hours and the exhibition period both extended to meet visitor demand.

The Mirror newspaper reported that some trustees were considering resigning over the award decision. Two entrants, Mary Edwell-Burke (also known as Mary Edwards) and Joseph Wolinski, took legal action against Dobell and the trustees on the grounds that the work was not a portrait as defined by the Archibald bequest. Ultimately their legal suit was not successful.

Joshua Smith’s own 1943 Archibald entry, of writer Mary Gilmore, was runner up. 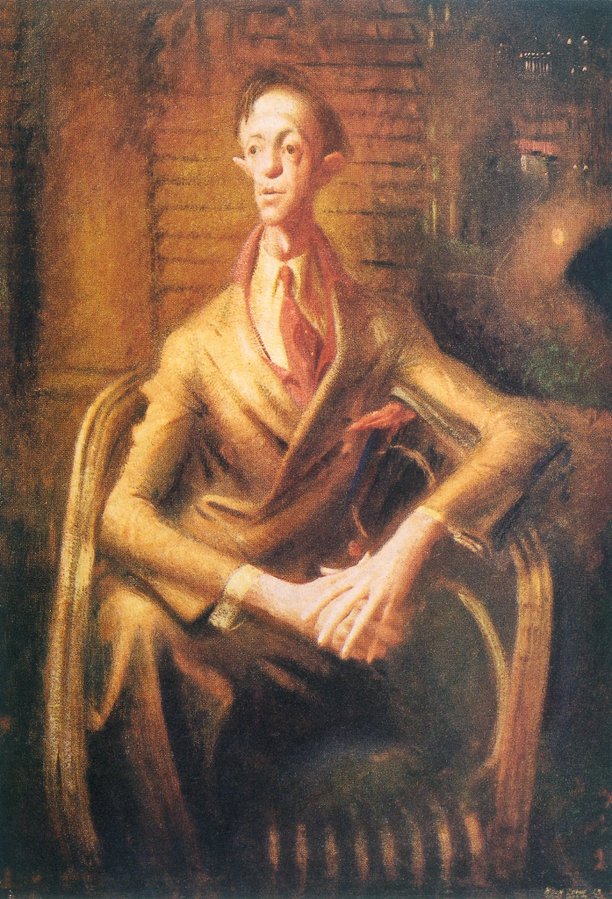