Entries: 50 works
Exhibition dates: winning work from 12 January 1924 for two months; all other entries for two weeks
All entries were exhibited; no limit to number of works each artist could submit

How can you tell if a person is ‘distinguished in the arts, letters, science or politics’ if they are not named? WB McInnes’s Portrait of a lady – his third winner in a row – was criticised as the sitter wasn’t disclosed in the title (unlike the male subjects of McInnes’s three other entries). She was identified as Violet McInnes, WB’s wife and an artist herself (who would later enter her own work in the Archibald).

Also questionable in terms of eligibility was a portrait of the now-deceased JF Archibald painted from memory by William Macleod, who had worked with him at The Bulletin. 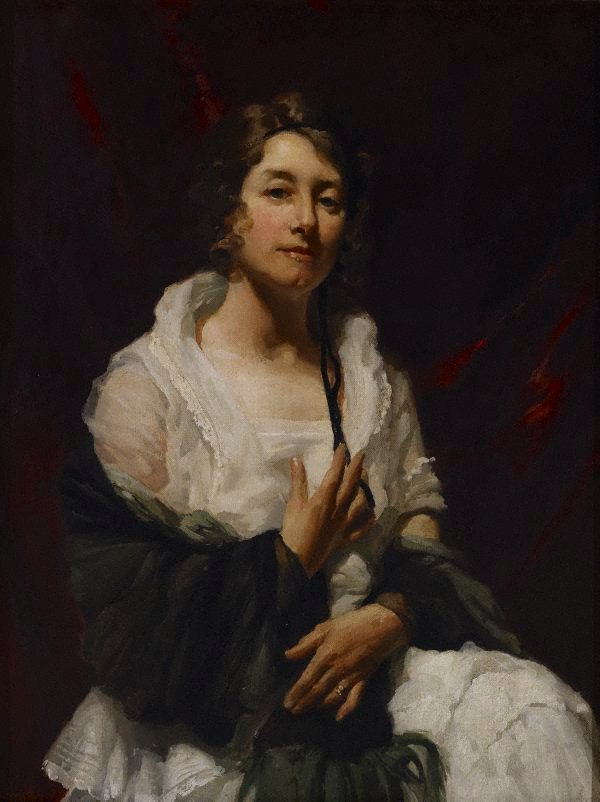 W B McInnes Portrait of a lady