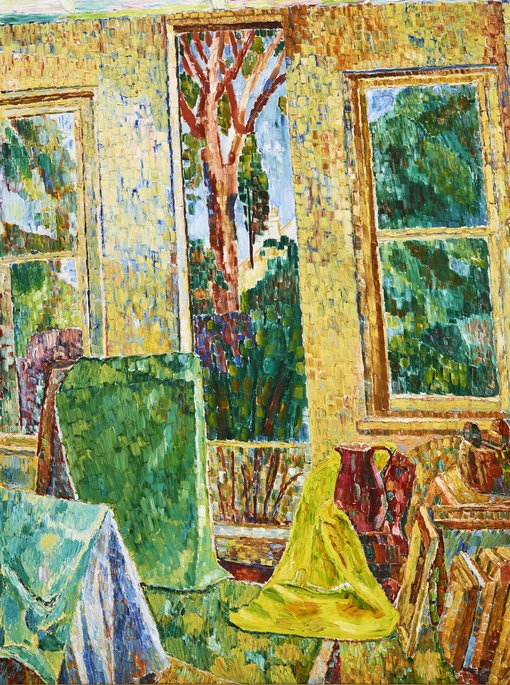 The Art Gallery of New South Wales is delighted to announce the recent acquisition of a number of exceptional Australian artworks including Grace Cossington Smith’s late masterpiece The window 1956.

The new works of art will be on display at the Art Gallery of NSW from 25 April 2015 to coincide with the reopening of the 20th-century Australian galleries.

Art Gallery of NSW Director Michael Brand said the recent acquisitions are a welcome and significant addition to the Gallery’s existing and much admired collection of 20th-century Australian art.

“These acquisitions build on the strong representation of exceptional 20th-century Australian artists in the Gallery’s collection.

“In particular, Grace Cossington Smith’s extraordinarily luminous painting The window 1956, will take pride of place with her other master works in our collection including The curve of the bridge 1928-29, The Lacquer Room 1936, and Interior with wardrobe mirror 1955,” Brand said.

“Previously in private ownership The window has not been publically exhibited since 1978,” Brand added.

Wayne Tunnicliffe, Head Curator of Australian Art, said the opportunity to acquire such an exceptional painting by Cossington Smith, one of the most brilliant colourists of Australian modernism, rarely presents itself.

“The painting is undoubtedly one of the most magnificent, complex and largest of Cossington Smith’s much acclaimed late interiors. It is a work of great painterly sophistication,” Tunnicliffe said.

“The window provides dazzling and climatic evidence of her powers as a mature painter,” Tunnicliffe added.

Another notable addition to the Gallery’s collection of 20th-century Australian art is the gift of Russell Drysdale’s Station boys circa 1953. Part of his watershed exhibition of paintings of Aboriginal subjects at Macquarie Galleries in 1953, the location of the work was unknown for several decades before being rediscovered in 2013. The work is one in a series by Drysdale that compassionately reflects on the sense of displacement experienced by Indigenous Australians during the early 1950s.

Further significant additions to the collection include:

The reopening of the 20th-century Australian galleries will also see – for the first time in twenty years – Charles Meere’s Australian beach pattern 1940 displayed alongside Freda Robertshaw’s Australian beach scene c1940. Robertshaw’s remarkable feminised response to Meere’s iconic work is on loan (from the collection of Joy Chambers-Grundy and Reg Grundy AC, OBE) to the Gallery for the coming twelve months.

Also on loan (from the Cruthers Collection of Women’s Art at The University of Western Australia) is Robertshaw’s Standing nude 1944. This is one of the first fully nude self-portraits painted by a female artist in Australia.