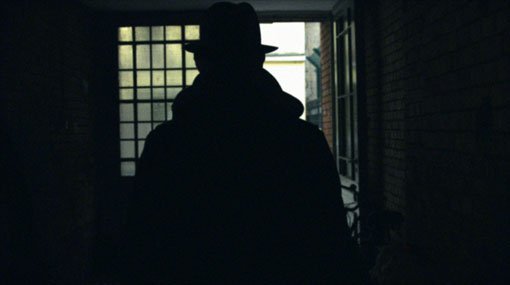 Sam Smith is one of Australia’s most promising young artists and Cameraman is his first solo project in a major public gallery.

Cameraman is a two-channel video installation shot recently on location in Berlin. The work presents a curious sequence of events that take place between a film set, a cameraman’s apartment and an artist’s studio, involving a camera lens imbued with mystical qualities. One channel of the video conveys the action of the film set and its protagonists; the other interweaves the perspective of the film being shot – the 'film within the film’.

Smith has long been interested in the capacity of moving images to manipulate our sense of time and space and to absorb viewers into fictitious realms. Having worked exclusively in video in the past, this project is the first time he has shot on both video and celluloid film, bringing a new dimension to his exploration of cinematic conventions in an era of digital production.

Heightening this dialogue between production methods, the work combines traditional in-camera film effects with the digital special effects that are a signature of Smith’s work. Cameraman is likewise one of Smith’s first forays into narrative-driven action, though dialogue plays only an incidental role. An original sound score devised and performed by the artist lends the work a highly meditative quality.

Sam Smith completed an honours degree in fine arts at the College of Fine Arts, University of NSW, in 2003 and has since exhibited regularly in Australia and abroad. Recent highlights include solo exhibitions Permutation Set, Artspace, Sydney (2010), and Special Effects, Grantpirrie Gallery, Sydney (2009), along with group projects Awfully Wonderful: Science Fiction in Contemporary Art, Performance Space, Sydney (forthcoming 2011), and The Premier of Queensland’s National New Media Art Award, Gallery of Modern Art, Brisbane (2008). His video works have been shown in curated screening programs around the world.

In 2007 Smith was awarded the prestigious Helen Lempriere Travelling Scholarship; Cameraman was created during an associated period of extended travel.

AGNSW Contemporary Projects resume with the opening of the Gallery’s new floor for contemporary art.