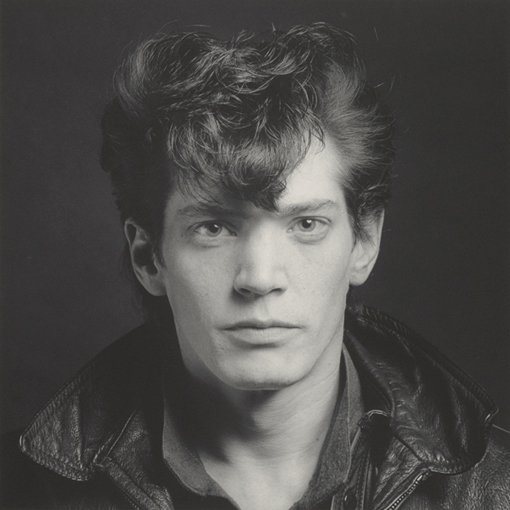 “He dwelled, in dream, where grandeur dwelled, and he sought to magnify those dreams within a body of work and to offer into the scheme of things new eyes: a new way of seeing.” – Patti Smith, Flowers: Mapplethorpe, 1990

Inspired by classicism, and with a meticulous eye for detail, Mapplethorpe used photography to pursue a unique form of visual perfection that has cemented his place in art history. Mapplethorpe captured and shaped an era with portraits that immortalised the cultural idols of the 1970s and 1980s, moving seamlessly as he did between the uptown New York art scene and the underground queer culture of his time.

Immersed in these worlds, Mapplethorpe produced many portraits including those of long-time muse Patti Smith, fellow artists Cindy Sherman and Louise Bourgeois and musicians Debbie Harry and Philip Glass, as well as photographs of his friends and male lovers.

Mapplethorpe was also responsible for reinventing the still-life genre with exquisitely composed and sculpturally lit floral arrangements that are instilled with the artist’s provocateur-like nature.

“Robert Mapplethorpe played an important role in establishing photography as a form of contemporary art. He was among the most significant artists of his time and more than two decades after his death, Mapplethorpe’s work continues to inspire conversation and debate,” Brand said.

“Whether he was photographing a figure, a flower or a fetish, Mapplethorpe’s subjects were unified by an enduring and unflinching quest for beauty,” Brand added.

Timothy Potts, director of the J Paul Getty Museum, said the exhibition provides the most comprehensive and intimate survey of Mapplethorpe’s work ever undertaken.

“The uniquely rich holdings of Mapplethorpe’s photographs at the Getty Museum and LACMA, together with the artist’s archive housed at the Getty Research Institute, make Robert Mapplethorpe: the perfect medium a must-see for anyone with an interest in late 20th-century photography and the cultural scene of New York in the 1970s and 1980s,” Potts said.

“Dr Michael Brand in his former role as director of the Getty Museum was instrumental in securing the Mapplethorpe acquisition, so we are particularly delighted to have the Art Gallery of NSW present this exhibition in Australia,” Potts added.

Michael Govan, LACMA CEO and Wallis Annenberg Director, said the collaboration with the Getty Museum has been an exciting one since the two institutions jointly acquired the Mapplethorpe art and archives six years ago.

“This historic joint acquisition with the Getty has enabled deeper collaborations among researchers, conservators and curators. We are pleased to present a new perspective on this influential artist through this wonderful exhibition, which highlights the rich resources of the Mapplethorpe archive,” Govan said.

Robert Mapplethorpe: the perfect medium is a celebration of the distinctive vision of one of the most renowned photographers of the 20th century, an artist who understood the medium’s ability to alter perceptions and push boundaries. Mapplethorpe’s photographs compellingly capture the tension between order and chaos, provocation and perfection, the sacred and profane. Their enduring legacy is both artistically and politically resonant.

This exhibition is accompanied by the book Robert Mapplethorpe: the photographs, co-published by LACMA and the J Paul Getty Museum. A comprehensive guide to the artist’s work and career, this publication features an introduction by co-curators Paul Martineau and Britt Salvesen, as well as five scholarly essays on sexuality and identity, complemented by a selection of illustrations covering the remarkable range of Mapplethorpe’s photographic work.

Support for the exhibition and its international tour has been provided by the Terra Foundation for American Art.