Expect the spectacular at Queer Art After Hours 2020 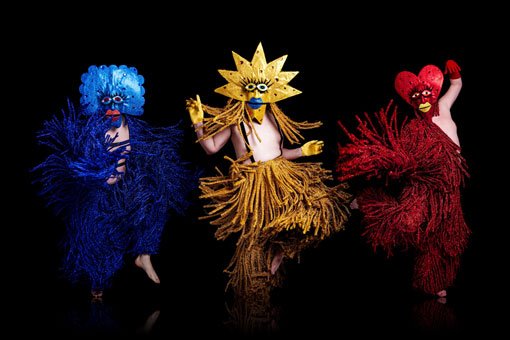 Gendermess will perform at Queer Art After Hours 2020.

The Art Gallery of New South Wales is delighted to present Queer Art After Hours 2020, a celebration of LGBTQI+ art, music and performance. Co-produced with Sydney Gay and Lesbian Mardi Gras for the fourth year running, the 2020 program draws on the brilliance of Sydney’s dazzling and diverse queer communities to present a night to remember.

On Wednesday 26 February, visitors will encounter a creative wonderland of art, ideas, colour, movement and sound inspired by this year’s Mardi Gras theme 'What Matters’ with an extraordinary array of performances, music, talks and installations.

Be greeted on the Gallery steps by Gendermess, a Perth-based collective of performance artists bringing their unique style of drag, mime and clowning. Award-winning journalist, TV presenter and filmmaker Patrick Abboud hosts the main stage in the entrance court, presenting a diverse line-up of music and performance.

DJ HipHopHoe takes to the stage first with her set dedicated to amplifying the voices and stories of First Nations and LGBTQI+ peoples. Then Stelly G and the Sharman’s performance incorporates Fijian and ancient tribal culture in their storytelling. Lupa J, the creative project of 21-year-old producer and songwriter Imogen Jones, showcases her love of pop, techno and EDM in an electrifying performance; followed by a hearty mix of house, hip hop, funk, soul, rock and anything in-between from Annabelle Gaspar.

The finale in the entrance court is a performance by Sydney’s premier First Nations drag trio, Blak Divaz. Felicia Foxx, Tyra Bankstown and Sarah Moany are at the forefront of Indigenous representation in Australia’s drag community and have made it their mission to bring more visibility to and equality for all First Nations drag artists.

Experience the Gallery’s collection with a special Mardi Gras twist as the art is interpreted by some of Sydney’s savviest cultural commentators. Take a tour with TabOriginal, the fierce adjudicator from NITV’s Indigenous art quiz show Faboriginal, who also happens to be the Gallery’s own curator of Aboriginal and Torres Strait Islander art.

Australian drag royalty, Verushka Darling, returns by popular demand for a fourth year of Queer Art After Hours. This year, Darling has converted her famous art tours into a tongue in cheek art lecture, Mardi Gras is a drag, which explores the history of Mardi Gras through the Gallery’s collection (and the eyes of a drag queen).

Finally, take on the challenge of the 'Queering the Collection’ treasure hunt and explore the Gallery via wall labels on view for one-night only. The treasure hunt serves up juicy facts and queer stories about famous artworks, artists and their subjects.

Visitors can get hands-on with a free art-making workshop led by sculptor Jordy Bos. Utilising an array of colours as well as recycled Sydney Gay and Lesbian Mardi Gras posters, Bos will guide participants through her experimental process that pushes the limits of paper in the making of two and three-dimensional objects.

Captivating Sydney singer-songwriter and performer, Zaya Barroso will perform in the Gallery’s Grand Courts. Dramatic, supernatural and cathartic, Zaya is also unapologetically honest, tapping into their personal experiences of resilience against trans haters and those who exploit power.

Queer Art After Hours also presents a special edition of the Gallery’s film program, Queer Film Shorts, curated and hosted by Kelli Jean Drinkwater, a fat activist and filmmaker recognised for her voice in radical body politics. Drinkwater’s program considers the relationship between queer film and performance including the video works Pinky by Justin Shoulder and Bec Stegh, Ribbons by Bleck (accompanied by live performance), Dyketactics by Barbara Hammer and Monsta Gras by Drinkwater (with performance response by Adonis). This event is an homage to the 20th anniversary of the Gallery’s pioneering film program, which began in 1990 with a series of queer short films.

With the Gallery open late, Queer Art After Hours is also an opportunity to explore our exhibitions including Shadow catchers, ARTEXPRESS and In one drop of water. It is also the final week to see the major Sydney International Art Series exhibition Japan supernatural.

Queer Art After Hours is presented by Sydney Gay and Lesbian Mardi Gras and the Art Gallery of New South Wales.