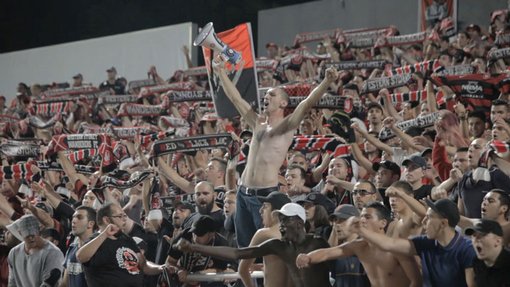 The Art Gallery of New South Wales is pleased to present A Promise: Khaled Sabsabi, a solo exhibition of major works by contemporary artist Khaled Sabsabi. Featuring works made over the last 20 years that consider the connection between spiritual belief, culture and politics, the exhibition brings together Sabsabi’s large scale immersive works alongside intimate collections of paintings.

Sabsabi was born in Tripoli, Lebanon and migrated to Australia with his family in the late 1970s to escape civil war. Initially a musician and performer on Sydney’s hip-hop scene, Sabsabi began his career as a visual artist in the 1990s. Then in 2001 Sabsabi went through a period of self-reflection and embarked on a series of visits to his birthplace and the surrounding countries. It is these journeys that inspired the next two decades of Sabsabi’s practice including the works in A Promise.

Art Gallery of NSW director Dr Michael Brand said A Promise is the first solo artist exhibition to launch since the Gallery reopened in June and is a poignant reminder of the role of art and artists during challenging times.

“We are delighted to have collaborated with Khaled on A Promise. His work resonates in new and unexpected ways at this time when our collective behaviour, beliefs and responsibilities have such urgent and apparent ramifications,” Brand said.

“The exhibition is an invitation from Khaled to take a journey into the complex relationships between politics, religion and culture – an invitation we know our audiences will embrace,” Brand added.

Sabsabi said the exhibition is informed by tasawwuf, more widely known as Sufism, a practice within Islam where the ordinary presents opportunities for moments of heightened spirituality, and where the individual coalesces with the collective in a symbiotic relationship.

“A Promise offers my perspective on the world. It is a personal map of sorts that traces the complex relationship between the self and other, belief, devotion and the possibilities for transcendence,” Sabasbi said.

“In our daily lives a promise is an assurance that is enlivened by an action. It is something made by one to another and confirmed through shared understanding. This exhibition reflects on how a promise embodies hope and trust, but also anxiety and relief as it is either kept or broken,” Sabsabi said.

Art Gallery of NSW curator of Asian art Matt Cox developed the exhibition with Sabsabi which presents a select group of works that articulates the diversity of the artist’s practice.

“From 70 000 veils 2004-14, a 92-channel video designed to be viewed through 3D glasses that took ten years to make, to the handcrafted gesture of welcome, Sanjak 2002-12, a sacred and ceremonial banner, A Promise reveals Khaled’s varied yet unified artistic vision.

“At the heart of the exhibition is Organised confusion 2014, a multi-channel video work that explores heightened states of consciousness and pop fanaticism, ritual and devotion through Sabsabi’s filming of the Western Sydney Wanderers football fans, known as the Red and Black Bloc (RBB). Alongside this is a sequence of black-and-white videos of Javanese dancer Agung Gunawan performing a dance evoking a state of spiritual transformation,” Cox said.

A Promise at the Art Gallery of NSW is the first in a series of exhibitions, the second, A Hope: Khaled Sabsabi, will take place at Campbelltown Art Centre in 2021.

This exhibition series is produced in partnership with the Campbelltown Arts Centre and the artist, Khaled Sabsabi.