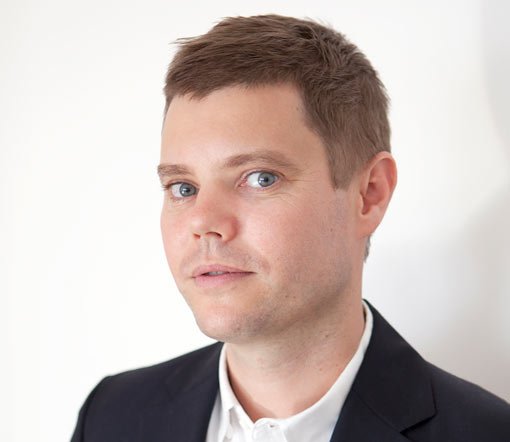 The Art Gallery of New South Wales is pleased to announce that Nicholas Chambers will join the Gallery in early December to take up the position of Curator, Modern and Contemporary International Art.

Initially from Sydney, Nicholas comes to the Gallery from the Andy Warhol Museum in Pittsburgh, USA where he was the Milton Fine Curator of Art as well as an adjunct professor at the Department of History of Art and Architecture, University of Pittsburgh. His position at the Warhol saw him initiate and completely redesign and reinstall the collection galleries at the museum.

Prior to that, he worked at the Queensland Art Gallery/Gallery of Modern Art as the Curator of International Art and during that time he also held a fellowship at the Yale Center for British Art in New Haven. Nicholas also holds a Master of Arts and Bachelor of Arts from the University of Sydney.

We are looking forward to Nick’s stimulating perspectives and the wealth of expertise that he will bring to the Gallery, having over 15 years of experience in the field of modern and contemporary international art, said Suhanya Raffel, Head of Collections at the Art Gallery of NSW. His strong relationships with the arts sector here in Australia as well as in the USA and Europe open many exciting possibilities for the Gallery.

The new title of Curator, Modern and Contemporary International Art presents an expanded position, responsible for covering art of both the 20th and 21st centuries. As Suhanya Raffel explained: We believe this revised position will bring to contemporary art a historical weight across the Gallery’s international collection and exhibitions.

Nicholas has curated a number of exhibitions, most recently Martin Creed: more and less and Yasumasa Morimura: theatre of the self at the Andy Warhol Museum and 13 most wanted men: Andy Warhol and the 1964 World’s Fair at the Queens Museum of Art, New York. In addition, he created a Warhol exhibition that toured to the Power Station of Art in Shanghai, the Art Museum of the Central Academy of Fine Arts in Beijing and the Mori Art Museum in Tokyo.