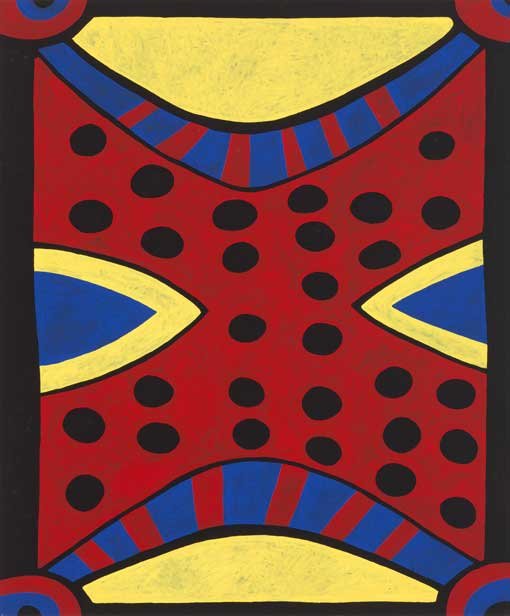 The first announcement of artists presenting work in the inaugural edition of The National: New Australian Art, opening on 30 March 2017 at the Art Gallery of New South Wales (AGNSW), Carriageworks and the Museum of Contemporary Art Australia (MCA), were revealed today.

A major exhibition partnership between three of Sydney’s premier cultural institutions, The National: New Australian Art is a six-year initiative presenting the latest ideas and forms in contemporary Australian art over three editions in 2017, 2019 and 2021.

The initial nine artists announced today are from six Australian states and territories:

These artists highlight the curatorial vision for the exhibition, representing a mix of emerging, mid-career and established artists drawn from around the country and practicing overseas. New and recently commissioned works encompass a diverse range of mediums including painting, video, sculpture, installation, drawing and performance.

Connecting three of Sydney’s key cultural precincts – The Domain, Redfern and Circular Quay – The National: New Australian Art will be the only large-scale recurring exhibition in the city focused solely on contemporary Australian art.

The full artist list will be announced on Thursday 1 December 2016.

Taloi Havini
Taloi Havini was born in Arawa, Bougainville in 1981 and descends from the Nakas clan of the Hakö (Haku) people of northeastern Buka in the Autonomous Region of Bougainville, PNG. She immigrated to Australia with her family in 1990 and currently lives and works between Melbourne, Sydney, Bougainville and Buka. Havini graduated in 2004 with a Bachelor of Arts (Honours) from Australian National University in Canberra where she majored in ceramics, photomedia and art and politics. She utilises a wide variety of media to explore issues about keeping inherited knowledge systems and cultural distinctiveness alive across time and place.

Taloi Havini’s video installation Habitat is filmed in her homeland of Bougainville. It begins in Konawiru and moves through the labyrinthine Jaba River delta, a region belonging to local Nagovis people, before ascending to the Moroni Valley and the Crown Prince Range, areas customarily associated with the local Moroni people. This land was compulsorily acquired in 1969 by the PNG Government, who formed a joint venture with Australian mining company Conzinc Rio Tinto to develop the Panguna copper mine. Operating until 1989, the mine was forced to close when a local resistance movement sabotaged its operations. Proceeding through lush and seemingly pristine locales, Havini takes us on a journey on which the ecological impact of mining becomes increasingly apparent and the negative effects this has had on the lives of people who live within this landscape and depend upon it.

Tiger Yaltangki
Tiger Yaltangki was born in 1973 and grew up in Indulkana in the Anangu Pitjantjatjara Yankunytjatjara (APY) Lands of South Australia. He has painted through the local art centre Iwantja Arts for many years. Whimsy and fantasy inform his practice as he combines elements from Anangu culture with science fiction and his love of music, which spans from ACDC to Hank Williams. Yaltangki’s works offer a unique image of contemporary life in his community and explore the divergent influences that have shaped his world view. His distinctive approach to painting has attracted considerable attention in recent years, with works being included in a number of significant exhibitions in Australia and in exhibitions of APY art internationally.

Tiger Yaltangki’s innovative painting practice is influenced by Anangu law, country and the artist’s love for science fiction television. Growing up and working in the small community of Indulkana in the Southern Desert region, his works are as likely to include mamu spirits from his Pitjantjatjara culture as they are images inspired by popular culture. In paintings such as Doctor Who 2016, which will feature in The National 2017, Yaltangki populates his canvas with a cast of ambiguous figures layered with an array of linear shapes and graphic forms. Imbued with a sense of curiosity and humour, Yaltangki’s cast of characters exists in a dreamlike state where diverse influences mingle and coalesce, evoking Anangu culture and place as well as the wonders of time travel and parallel universes that feature in the titular television series.

Alex Martinis Roe
Alex Martinis Roe was born in Melbourne in 1982 and has lived and worked in Berlin since 2009. Her current projects focus on feminist histories and fostering relations between different generations as a way of imagining and realising feminist futures. Martinis Roe’s work for The National is part of To Become Two, a series of six video and performance works that explores the historical emergence of a series of inter-connected feminist political practices in Europe and Australia, and considers their currency in the present moment. Additionally, Alex is collaborating with theorist Melanie Sehgal and a research group called FORMATIONS, which began within the frame-work of the Haus der Kulturen der Welt, Berlin.

Alex Martinis Roe’s new work draws on intensive research to build a narrative about the remarkable engagement with French feminist and post-structuralist philosophy in Sydney in the 1970s and 1980s. A multi-channel video connects the Sydney Filmmakers Co-operative, the Feminist Film Workers, the General Philosophy department at the University of Sydney, and related self-publishing groups which were active in these developments. This will be presented alongside archival material within an installation that explores the modest domestic spaces in which transformative debates and thinking often occurred locally. During the exhibition a series of workshops and events will take place in the gallery which revisit the history of feminist theory in Sydney, offering fresh perspectives on its origins and legacies.

Archie Moore
Archie Moore was born in Toowoomba in 1970 and lives and works in Brisbane. His conceptual practice is embedded in Aboriginal politics and the wider concerns of racism, language, identity, interpersonal understandings and dwellings. He works across a range of media, including painting, drawing, sculpture, installation, photography, video, sound, and aroma. Through his practice, he seeks to connect his own experience of engaging in his self-described uncertain Aboriginal ancestry – connotations, misrepresentations, gaps in knowledge and personal identity. Being in one’s skin and the question of whether or not it is possible to experience someone else’s experiences is an ongoing theme in his practice.

Justene Williams
Born in Sydney in 1970 and currently living and working in Sydney, Justine Williams’ amalgamation of video, photography, sculpture and performance calls upon Dada techniques of collage and the absurd, utilising historical and popular culture references in order to re-examine forgotten imagery. Using found and recycled materials, Williams creates elaborate costumes and environments in which she executes delirious, shamanistic actions that channel the visual excesses of the early twentieth century avant-garde, as well as alluding to more cryptic personal narratives. Documented performances are collaged and screened within complex, high-energy environments that are experiences as immersive cacophonies of performance, sculpture, video and sound. Williams’ practice draws upon her experiences growing up in Western Sydney, dance classes, Eisteddfod performances and visual merchandising. Her father’s wrecking yard inspired an admiration for the abandoned object and a desire to reanimate the inanimate.

Richard Lewer
Richard Lewer was born in Hamilton, New Zealand in 1970 and lives and works in Melbourne. He is known for his video and animation, paintings, and delicately beautiful drawings, which evocatively rework some of life’s less pleasant elements – crime scenes, illness, horror movies and extreme events. The work is accessible and familiar, with a critical edge that probes what is beautiful and sinister about our society without injecting a moralising tone or political message. Lewer’s focus is, however, less concerned with telling the concrete facts of a case. Instead, his work explores the way that places can become repositories for the psychic residue of extreme events, painful activities or our deepest fears.

Presented at the Museum of Contemporary Art Australia

Erin Coates is a Perth-based artist and creative producer working across video, installation and drawing. Her work focuses on extreme or intimate human physical action in relation to built environments. Her interests include architecture and film, particularly the genres of body horror and b-grade science fiction. The artist’s screen based works include protagonists who find ways to physically interact with everyday spaces, by using utopic, absurdist and guerrilla strategies.

Karen Mills
Karen Mills was born in Katherine, Northern Territory, in 1960, and grew up in South Australia. After leaving home Mills returned to the Northern Territory to reconnect with family and her Indigenous cultural heritage. She lives and works in Darwin.

Mills’ paintings explore concepts about identity, connection and disconnection with culture, geology and Australian history. Mills’ uses a range of paint media including natural ochre and dry pigment, to create layered, textured surfaces to depict experiences and memories; of being in different places, journeys across country and observation of the landscape. Mills is a descendant of the Balanggarra people of the Oombulgurri and Forrest River Aboriginal Reserves, near Wyndham, Western Australia. The history and landscape of the East Kimberley is a significant influence on her work.

Her work has been featured in exhibitions nationally and internationally, and is held in private collections around the world. More recently, it was included in Tarnanthi – Festival of Contemporary Aboriginal and Torres Strait Islander Art (2015), held at the Art Gallery of South Australia, SA.

Ronnie van Hout has exhibited in New Zealand and Australia since the early 1980s.