Close to home: a celebration of contemporary drawing in Australia 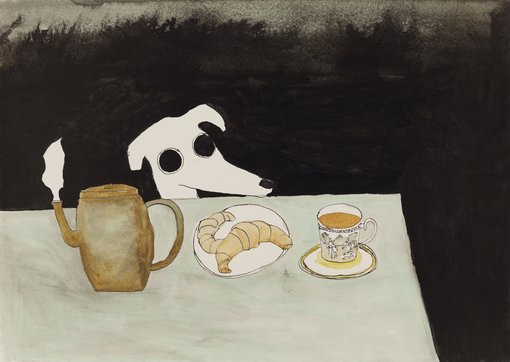 The Art Gallery of New South Wales is delighted to announce Close to home, the second Dobell Australian Drawing Biennial, from 30 July until 11 December 2016. Continuing the legacy of the Dobell Prize for Drawing, this curated exhibition presents the work of six Australian artists whose practice is connected by narrative, memory and experience.

“The works in this exhibition have an emotional pull that is at once individual, yet universal,” said Art Gallery of NSW curator Anne Ryan.

“These artists have created works that have grown from memory and been nurtured by the imagination – works that are essentially lyrical expressions in drawing,” she added.

On display is Indonesian-Australian artist Jumaadi’s largescale installation Halfway to the light, halfway through the night comprising 58 chinagraph pencil drawings on Nepalese mulberry paper pinned to the wall. Some of these drawings travelled with Jumaadi for up to four years while he constructed and refined the work. Avoiding conventional storytelling, Jumaadi adopts an open approach to narrative in his drawings that is influenced by the oral and performative traditions of Indonesia and incorporates a personal iconography based on memories and encounters.

Imbued with the qualities of precious relics from the pre-digital age, the seven drawings by Maria Kontis are based on a group of found photographs the artist has been collecting for the past twenty years – assorted snapshots from anonymous sources cast adrift into the world. The intricate detail of Kontis’ work is not a faithful copy of the original, rather a reinvention and poetic interpretation that elevates each photograph to a captivating new level.

Richard Lewer’s work brings to the exhibition a bracingly frank portrait of mental illness. Motivated by his own experience of depression and the realisation of its prevalence in the lives of others, Lewer has produced a series of untitled portraits of himself, as well as friends and acquaintances who have been similarly afflicted. Lewer’s graphite drawings are a potent representation of the experiences of depression and anxiety – elegies to human suffering and resilience.

The series Animals I have known reveals the emotional and psychological importance of animals in artist Noel McKenna’s life. His birds and beasts reveal the grace and wit of a keen observer of the everyday as he captures them with a gravity and character more commonly reserved for people. Two of the larger drawings which carry the hallmark immediacy and fluidity of McKenna’s work are dense chronologies of the artist’s encounters with animals – tracing the profound emotional impact of those interactions since his childhood.

Catherine O’Donnell’s Inhabited space is a generic fibro house at almost 1:1 scale. Drawn with charcoal directly onto the Gallery wall its rendering in the space dissolves the familiar structural form into a geometric abstraction. O’Donnell’s love affair with suburban housing estate architecture was sparked by an expedition to rediscover her family home, since demolished, in Busby, Western Sydney. Beyond the painstakingly rendered formalist aesthetics of the architecture, O’Donnell also makes reference to the complex history of public housing in Australia and what it means to call a place home.

A senior Yolngu artist from Yirrkala, north-eastern Arnhem Land, Nyapanyapa Yunupingu depicts everyday events, her environment and memories, rather than traditional clan stories and designs (mintji). This departure from sacred law and narrative has deepened in recent years with her development of mayilimiriw or ‘meaningless’ formal exercises in line and rhythm. Nyapanyapa’s impressive drawings in Close to home each carry the animated detail and intuitive mark-making that is distinctively hers.

A selection of works from Close to home will be acquired for the Art Gallery of NSW collection, continuing the Gallery’s commitment to collecting contemporary Australian drawing.

The exhibition is accompanied by a fully illustrated publication and supported by the Sir William Dobell Art Foundation.