Rarely seen works by an icon in the making 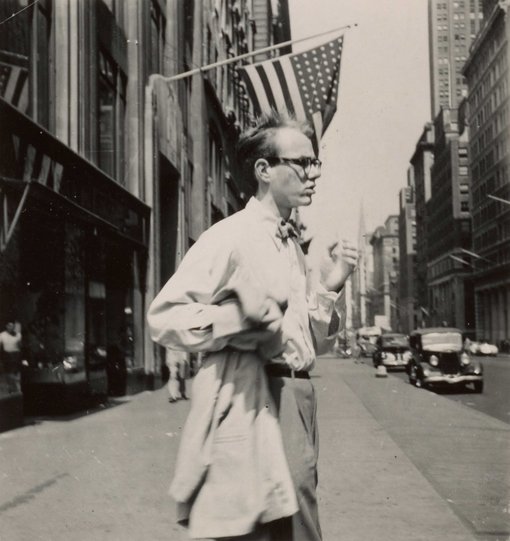 “Sometimes the little times you don’t think are anything while they’re happening turn out to be what marks a whole period of your life.” ― Andy Warhol, The philosophy of Andy Warhol

In the 1950s, before his paintings of Marilyn Monroe, Elvis Presley and Campbell’s Soup, Andy Warhol was one of New York’s most sought-after commercial illustrators and an emerging artist.

Adman: Warhol before pop is the most comprehensive exhibition dedicated to Warhol’s early career since the opening in 1994 of The Andy Warhol Museum in Pittsburgh. Drawn from The Warhol’s extraordinary art collection and archives, this intriguing pre-pop, pre-Mad Men survey reveals Warhol’s origins in the worlds of advertising and art.

Curated by Nicholas Chambers, Art Gallery of New South Wales senior curator, modern and contemporary international art, and formerly Milton Fine Curator of Art at The Warhol, the exhibition presents over 300 objects, many of which will be on public display for the first time ever. They include drawings, photographs, artist’s books, shop-front window displays, vintage advertisements and personal ephemera.

Dr Michael Brand, director of the Art Gallery of NSW, said Adman: Warhol before pop is an exciting opportunity for visitors to the Gallery to understand the formative years of one of the world’s most influential artists, providing deeper insight into the making of an icon.

“It is difficult to think of an American artist who has exerted a greater impact on the visual culture of our times than Andy Warhol, so we are thrilled to present this first-time experience for Australian audiences to delve into the early years of his career,” Brand said.

“Through the commercial illustrations and art of Warhol the young maverick, Adman: Warhol before pop offers a unique perspective of 1950s America, one of the most pivotal decades for Western art and popular culture,” Brand added.

Interim director of The Andy Warhol Museum Patrick Moore said The Warhol presents Warhol in all of his complexity, dealing not in clichés but in profound intricacies.

“Adman: Warhol before pop is a major contribution to understanding Warhol’s legacy and we are delighted that the Art Gallery of NSW has worked closely with us to organise and debut this fascinating exhibition,” Moore said.

“Nicholas Chambers has spent five years combing our vast archives, and commissioning art and cultural historians to present ideas about Warhol’s relationship to American consumer society as seen through his early drawings.

“The result is an exhibition that reveals the dreams of Warhol as a young man to become both a fine and commercial artist,” Moore added.

Chambers said with the backdrop of New York’s burgeoning advertising industry, the exhibition provides insights into the development of Warhol’s visual language and working methods, and focuses on the relationship between his interconnected practices as a ‘fine’ and ‘commercial’ artist.

“Adman: Warhol before pop shows a side of Warhol with which few visitors will be familiar. His early work reveals a surprising set of influences, including Matisse and Cocteau, and it often spoke quite frankly to his sexual identity as a gay man – a fact that many of his contemporaries regarded as an obstacle to his acceptance by the New York art establishment.

“The exhibition takes visitors from Warhol’s first assignment in 1949, for Glamour magazine, through to his speculative proto-pop experiments of the early 1960s. It explores aspects of his biography, his business and his singular approach to artmaking which lay the ground for his emergence as a pop icon,” Chambers said.

Nicholas Chambers began his work on this project five years ago when he was the Milton Fine Curator of Art at The Warhol. After returning to his native Australia in December 2014, Chambers continued his research and pursued a collaboration between The Warhol and the Art Gallery of New South Wales. Working alongside some of the world’s leading Warhol experts, and immersing himself in the museum’s vast art and archival holdings, Chambers has curated an exhibition examining the broad scope of the artist’s early career including commercial commissioned projects, fine art and private works.

Chambers was managing curator of Frida Kahlo and Diego Rivera: from the Jacques and Natasha Gelman Collection at the Art Gallery of NSW and has curated the current exhibition in the John Kaldor Family Galleries, Primary structures and speculative forms. Chambers is currently working on Unpainting, an exhibition that explores the unconventional and experimental approaches to the age-old discipline of painting, which opens at the Gallery on 30 September 2017.