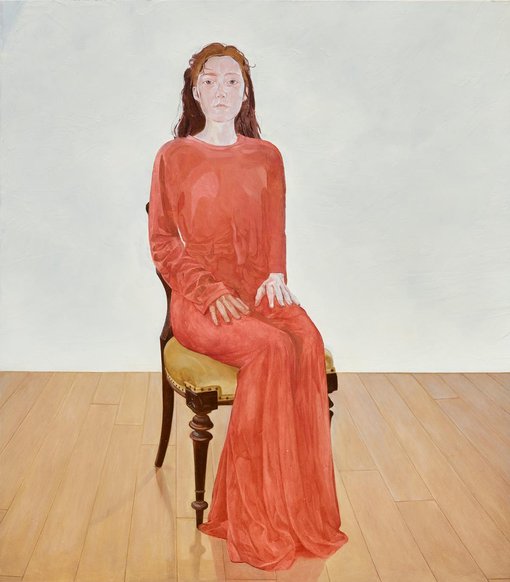 A prestigious national painting prize awarded annually to a young Australian painter aged between 20 and 30 years, the Brett Whiteley Travelling Art Scholarship includes a three-month residency at the Cité Internationale des Arts in Paris and $40,000 funding to further recipients’ art education while in Europe.

Walsh, who is currently a finalist in the Archibald Prize and was recently awarded the Newcastle Art Gallery’s Kilgour Prize, joins an alumni of past scholarship recipients that include Ben Quilty, Mitch Cairns and Marcus Wills, all of whom went on to win the Archibald Prize.

In her work Walsh examines her own mortality through intricately detailed miniature self-portraits painted on copper. In the close observation of her own appearance Walsh records the passing of time. Her use of copper as a support for paintings evokes the fluctuating nature of her subject matter as the metal is highly responsive to change until sealed by the layers of paint.

Walsh attended the National Art School in Darlinghurst, completing her Masters of Fine Art in 2017. Last year her work was selected as a finalist for the Doug Moran National Portrait Prize, the Royal Scottish Academy Annual Exhibition in Edinburgh and the Waverley Arts Prize.

Guest judge Ben Quilty said Walsh’s work, “has a quiet yet very self-assured sophistication that belies her youth. The future of Australian painting is in fine hands!”

“The Brett Whiteley Travelling Art Scholarship was the turning point and defining moment in my career. I quit my day job the same day I was awarded the scholarship. Then for the next six months I lived with my partner Kylie, in Paris, making art. The scholarship changed my life and I hope that Natasha Walsh gains as much as I did from this amazing opportunity,” Quilty added.

“Natasha is the 20th young Australian painter to be awarded the scholarship and a wonderful example of the talented artists the Brett Whiteley Travelling Art Scholarship was established to nurture.”

“Her striking small-scale self-portraits have made Natasha a three-time finalist in the Archibald Prize and I look forward to seeing the impact of the scholarship on her practice. With her commitment to painting and her exemplary achievements in recent years, Natasha is a worthy recipient who will undoubtedly make the most of this enriching experience,” Brand said.

Free admission made possible by


Friday – Sunday only
Free admission made possible by J.P. Morgan