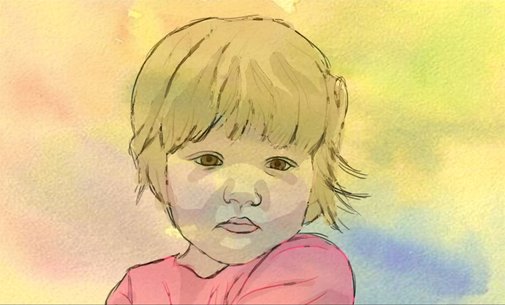 Daydream explores the journey of growing up. It contrasts the rosy innocence of childhood with the obstacles involved in dodging the hardships of early adulthood, looking at similarities and differences. Daydream was influenced by the idea of the end of childhood and the beginning of adulthood. It is human nature to find the tiny things in life most memorable and influential, such as feeling the wind run through your hair or gazing at the stars above. I created my work by producing many hand-drawn frames in Photoshop® and then placing the frames together to create a whole.