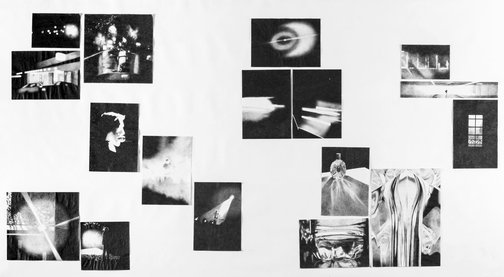 My work aims to portray light as a force that pervades our physical world. Not only is it a passive force, reflected and refracted and repeated, but it also actively conceals, mystifies and energises. It can transform the familiar into the unknown; the mundane into the wondrous; the unremarkable into the striking. The soft tones, built up by endless layers of careful hatching, lend a soft yet scintillating quality to the light, which almost appears as if it is vibrating. The final pieces represent light as it is perceived, distorted through both mechanical and human perception.

Influencing artists:
All works based on my original photographs, except for piece 17 which is based on the cover of The 1975’s Music for cars EP
James Turrell, Alta Green