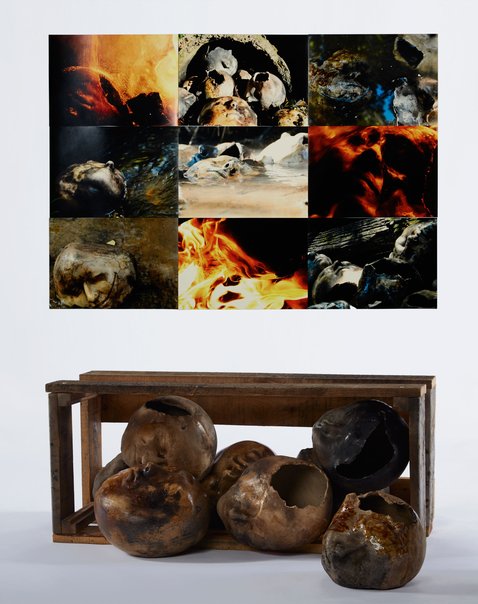 Is our identity defined by facial recognition? My work challenges the very notion of identity and its true meaning by bringing into question the extent to which our physical self represents our true identity. My sculptural works and photographs act as documentation of this concept by referencing the way identities have been and continue to be discarded in world events such as mass and unmarked graves, while also commenting on the loss of identity in oblivion. It is a common misconception that who we are and what we stand for is represented merely by appearance – Remains challenges this notion.