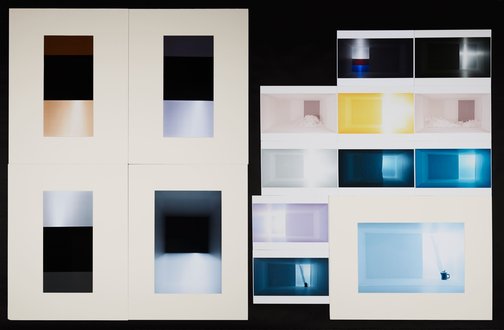 An indelible stain on art is the ego, with success often based heavily upon self-promotion. Robert Hughes described art as ‘a cruddy game for the self-aggrandisement of the rich and ignorant, it is a kind of bad but useful business’. My work is both a representation of Hughes’s statement and a criticism of it. The question of what makes an artwork valuable, of the presence of private collectors and their relationship with dignity, recognition and price, has influenced Artist. I have created artificial fame using elements of the art world to embellish the small amounts of truth I started with.