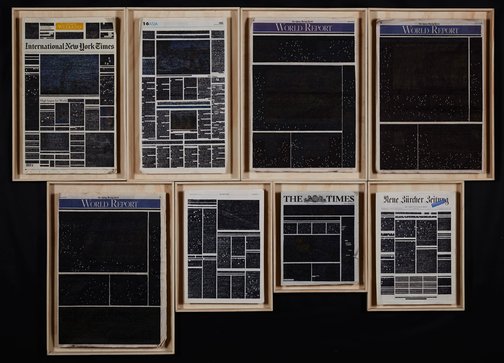 Censorship is an issue we all deal with. Limited access to information is a form of manipulation by certain governments, in particular the Chinese. Ai Weiwei is an outspoken critic of Chinese political and social restrictions. He is openly critical of his government’s stance on human rights and democracy. I have visually represented this by covering the content of current world newspapers but allowing Ai’s words to shine through. This symbolises that no matter how people attempt to control and restrict him, his hope of a better China is always evident. After all, his favourite word is ‘act’.