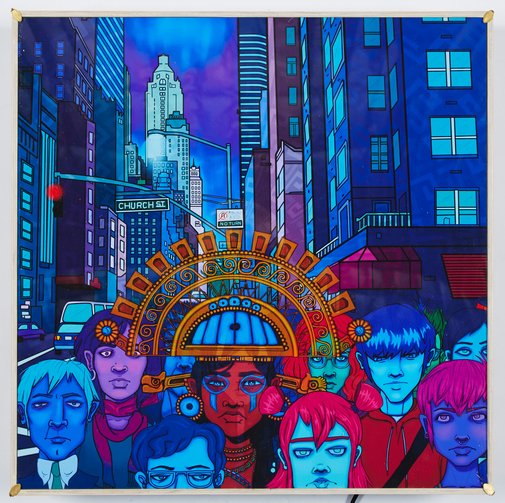 Losing our religion explores the notion of a prolonged but imminent death of religious belief in our increasingly secular contemporary Western society. Its role has been reduced due to major sociocultural and ideological shifts, suggesting that in thousands of years’ time it is plausible that even dominant religious sects may be dissolved by science, reason and alternate beliefs such as atheism and humanism. The hybrid gods and goddesses ignored within an indifferent bustling cityscape symbolise the spiritual obsolescence of ancient belief systems and the potential fate of current religious beliefs, highlighting the comparatively reduced function of religion in a contemporary context.