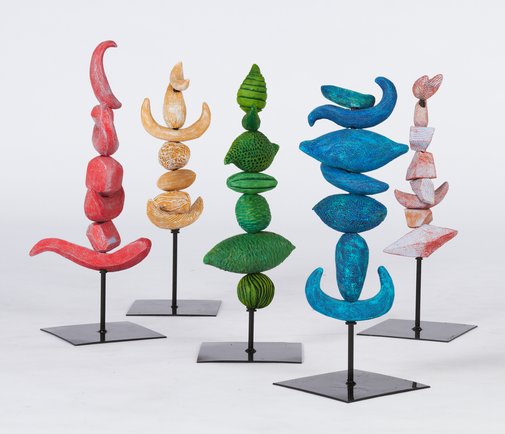 I chose to work in clay because I wanted to make sculptural forms. I explored organic forms from nature such as seed pods. The title of my series refers to the traditional dancing of the Vietnamese tribe, the Cham people. My forms reminded me of their beauty and movement.

Write a formal analysis of Duong’s work and discuss how he captures beauty and movement through organic forms.

Research Henry Moore’s approach to sculpture and his preoccupation with organic forms, the mass and the void. In what ways can you seen the influence of Moore in Duong’s work?