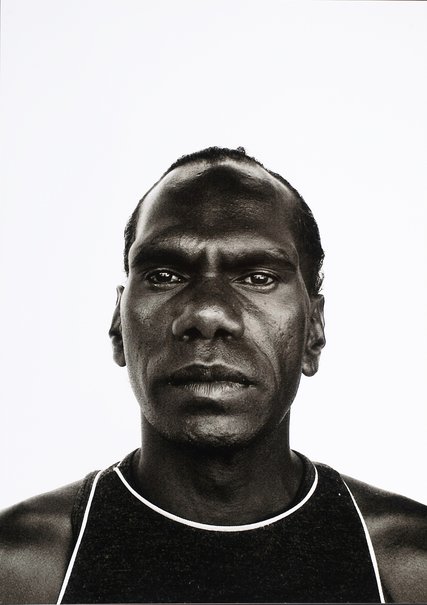 Sixty-four is the number of years an Aboriginal is expected to live. Eighty-four is the number of years a Caucasian Australian is expected to live. Twenty years difference. I travelled to Tiwi Island and met 64 Aboriginal people. I photographed each and every one of them, capturing the frame of the face between the circled lens of my camera. Sixty-four mirrored black eyes, each telling a different story. Along with this portrait I also collected their dreams, their secret thoughts. My journey to the island is documented here in 01/64.