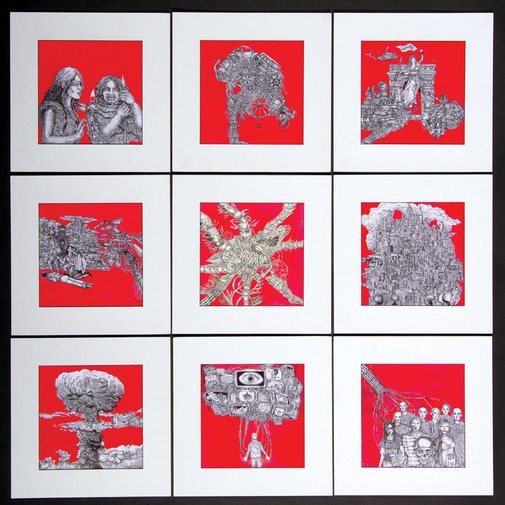 Technology is revolutionary. It transforms the nature of warfare, sculpts social interaction, facilitates urban sprawl – but where could this all lead?

Without wanting to appear too much of a doomsayer, my work speculates the social consequences of rapid technological development. Blame is pointed at capitalism within an industry that demands we annually update ourselves to the newer, the faster and the better or else progressively lose touch with the next generation. I chronologically explore the inventions that have defined technological revolutions from ‘man discovers fire’ to ‘man marketing iPod’ as a way of reflecting upon the past, the present and our ever-evolving future in the most illustrative way.