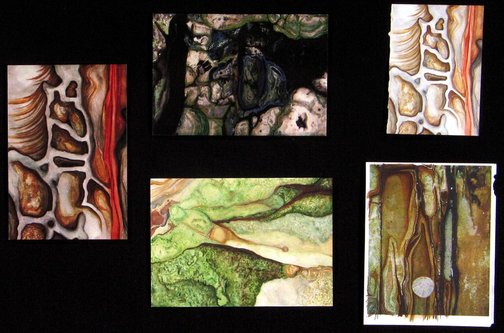 My work examines nature’s ability to replicate, change, adapt and regenerate. Natural landforms depicted include rocks, vegetation and rivers, creating a series of images that ebb and flow. Perspective changes from aerial to linear, which creates some contrast and dislocates the audience. The presence of the audience is reiterated in some artworks that make subtle suggestions of human existence. The experimental nature of my work has led me to create artworks in two-dimensional media (primarily watercolour), photography and digital media. Recycled surfaces were incorporated into the body of work to create irregularities in the series.

The artworks by Amie McAlary, Mat Collishaw and Yamamoto Baiitsu represent diverse ways artists and audiences can engage with the natural world. Define the strategies associated with representing nature in art-making by responding to each artist’s practice. Outline the way elements of cultural traditions and the concept of time have been incorporated in each artwork. 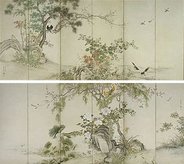