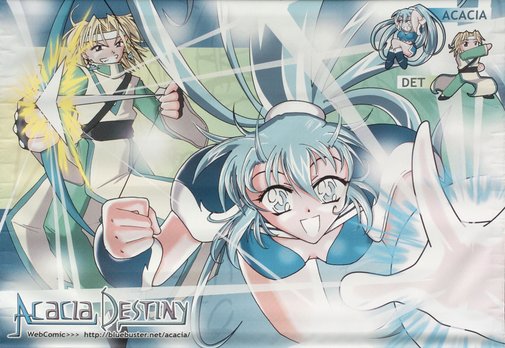 I wanted to create interesting, entertaining stories. My affiliation with manga (Japanese comics) was established early in my life. Acacia destiny is not my first manga – I have also produced a webcomic (www.BlueBuster.net). I truly enjoyed producing this and the responses I received. My life’s goal is to become a successful manga artist!

Compare the relationship between the works including the contemporary manga style work Acacia destiny and the ancient tradition of storytelling in Japanese art and history as seen in this painted scroll. Scrolls such as this can be traced as early forms of the Japanese cartooning tradition. Consider how both works convey humorous narratives of drama, violence and entertainment.