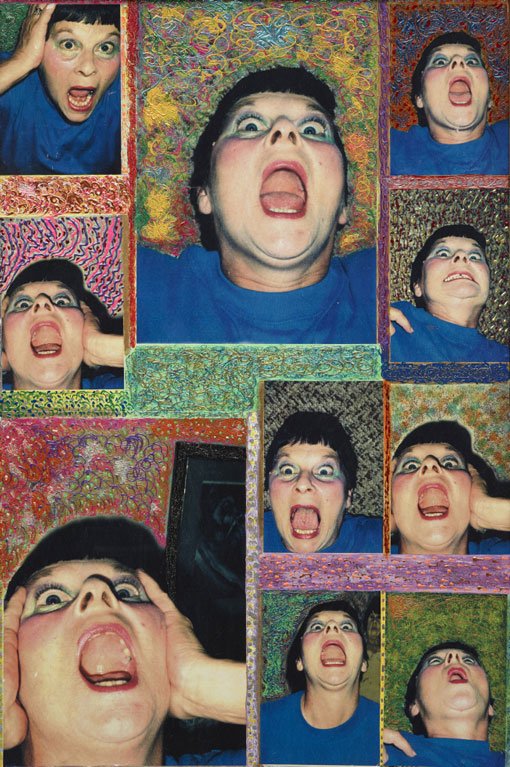 Discover the collaborative, provocative, humorous and joyful art of Australian artist Pat Larter in her first solo exhibition in a public art museum

Through her work over 30 years, Pat Larter challenged conventions of the male gaze and stereotypes of female desire and sexuality. From her homes at Luddenham and then Yass, in rural NSW, she became one of the major voices in the international, and fiercely anti-establishment, mail-art movement, coining the term ‘femail’ art.

In spite of her international reputation, Pat Larter was and still is most recognised as the muse of her partner and fellow artist Richard Larter, who painted her with a prolific and insatiable zeal. This exhibition celebrates Pat Larter as an artist, drawing from her extensive archive that includes film, photographs, video of performance, mail art, collage and printmaking. The archive was gifted to the National Art Archive at the Art Gallery of New South Wales by Richard Larter in 1999.