Each of the four works summarises an essential vision that belongs to the epithet of iconic masterpiece. Through Nolan and Boyd we sense the force that emerged in Melbourne under the patronage of John and Sunday Reed at Heide in Templestowe, and the combustive forces of a creative family at Murrumbeena. Fairweather represents the itinerant genius that was an essential part of the mix of contemporary painting that evolved from the late 1950s into the 1960s, and Rees reflects the survival of a deeply romantic concept of landscape that has its source as far back as early 19th century Europe. 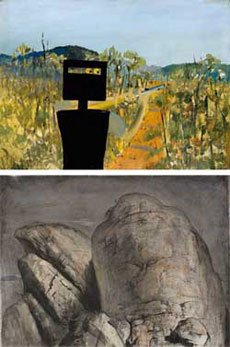