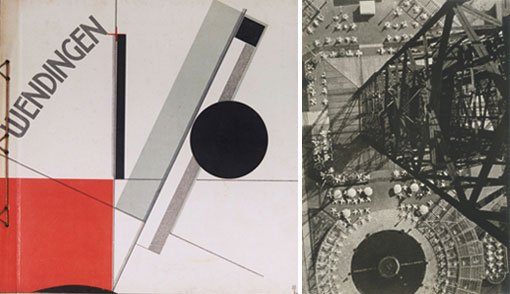 For a brief period from 1922 to 1923, Germany was the centre of the art movement known as International Constructivism. Having emerged in Russia after World War I, Constructivism developed in Germany as a set of ideas and practices that experimented with abstract or non-representational forms and in opposition to Expressionism and Dada. The Constructivists developed works and theories that fused art with technology in response to the age of the machine. They shared a utopian belief in social reform, and saw abstract art as playing a central role in this process.

El Lissitzky developed his idea of abstract art through Prouns (projects for the affirmation of the new in art). He was committed to revolutionising all forms of art, including painting, printmaking, typography, book design, decorative arts and architecture. László Moholy-Nagy sought to create a new abstract art for a dynamic modern society. He advocated the idea that photography was a revolutionary extension of human sight and proposed that the camera was the vehicle through which artists could best capture the brave new world. This selection of photographs reveals a widely varied range of attitudes towards the machine, from romantic idealism to documentary realism.