Korean dreams
paintings and screens of the Joseon Dynasty

This first showing of traditional Korean painting in the Gallery features screens, hanging scrolls and album leaves from the U Fan Lee Collection in the Guimet Museum, Paris.

It introduces Australian audiences to an unfamiliar and unique tradition that has been shaped by a love of landscape, an empathy with shamanist beliefs, a lively heritage of folk traditions and a Confucian-inspired love for books, learning and literature (Chinese as well as Korean).

Assembled over many years by leading contemporary artist Lee U-fan (who now lives in Japan), the collection is regarded by specialists as one of the most important ever assembled by a single connoisseur. It illustrates the principal themes that concerned Korean painters in the later part of the Joseon period (1392-1910) when Korea was an independent kingdom but also a Chinese protectorate, during which time Korean artists were aware of contemporary Chinese and Japanese styles, including those that had absorbed Western devices and techniques.

The paintings in this collection represent popular decorative traditions used in Korean homes, rather than the Chinese literati style favoured by officials in the Confucianism-dominated society.

Themes covered include calligraphy, landscape, bird-and-flower, mythical animals and portraits. A popular subject represented with some fine examples is the so-called book screen (Chaek’kori), a genre adopted with relish by Koreans, artist and patron alike. 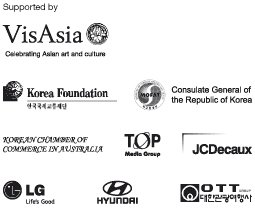 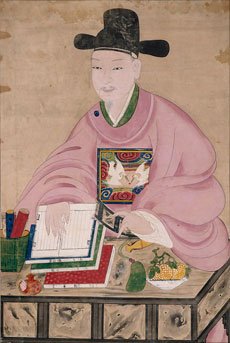