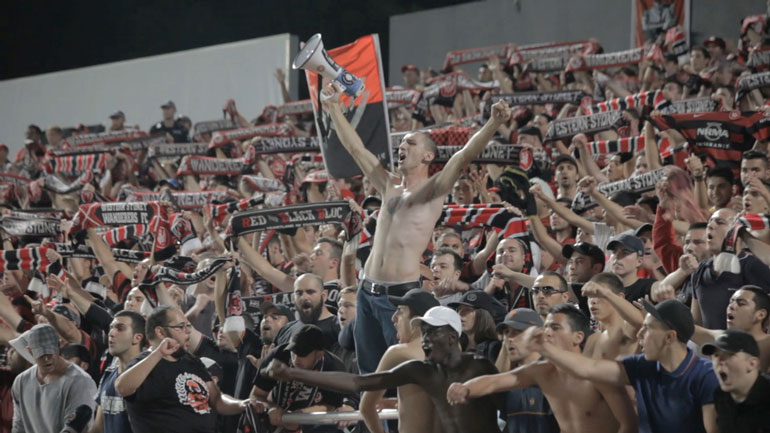 Khaled Sabsabi is a senior Australian artist who migrated from Lebanon with his family in the 1970s to escape civil war. Since 2001, repeated visits to the Middle East have inspired a body of work exploring the entwinement of spiritual belief, politics and conflict.

A Promise presents major works by Khaled Sabsabi that ruminate on the complex relationship between self and other. It includes large-scale immersive time-based works from the Gallery’s collection – such as Organised confusion (2014), which explores heightened states of fanaticism and transcendence among Western Sydney Wanderers football fans – alongside new paintings that evoke the politics of person and place.

This exhibition is produced by the Gallery in partnership with the Campbelltown Arts Centre and the artist.