Imprint
photography and the impressionable image 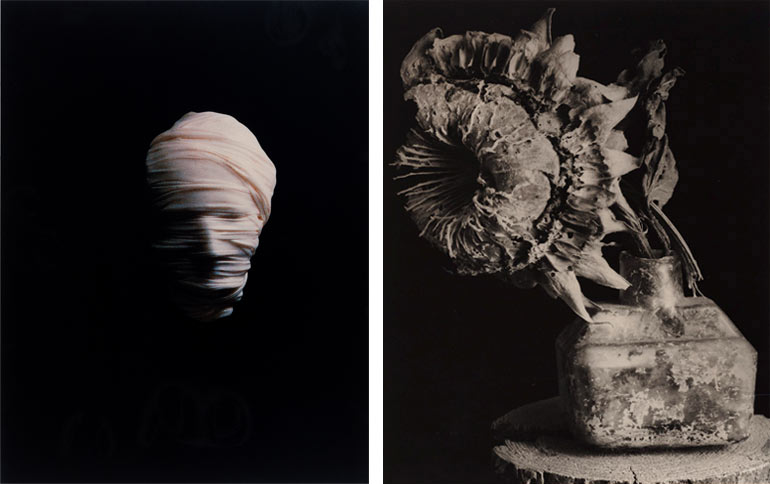 Examines the photographic representation of surface imprints and cast objects.

Life masks, fossils and sculptural casts memorialise their subjects. This is also the task of the photograph. By preserving a representative likeness, a photograph allows us to remember and recollect. Yet the association between photography and the sculptural cast is more complex. A photographic image is produced when light reflected off a physical form is inscribed on a photo-sensitive surface. As an imprint of light, a photograph is itself a cast object.

This exhibition addresses and extends this metaphoric association, investigating the exchange between an object and its echo – an exchange that also serves as a form of masking. Drawn from the Gallery’s collection, all of the photographs in the show feature representational forms that have been produced by the direct contact between subject and material – whether fabric, plaster or wax – and immortalise the trace impression.

Note: The closing date for this exhibition has changed from 22 May to 18 May 2016. The Gallery apologises for any inconvenience.