Housing a collection
the Gallery and the Garden Palace 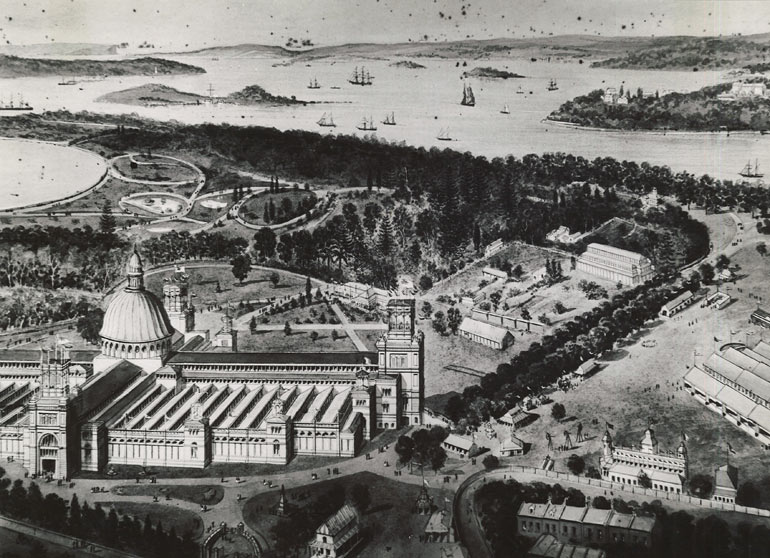 Aerial-view drawing of the Garden Palace and Fine Arts Annexe

Discover the Gallery’s historic connections with the Sydney International Exhibition of 1879 and the Garden Palace.

The Sydney International Exhibition of 1879-80 took place in the area of the Domain and Royal Botanic Garden, with the centrepiece being the magnificent Garden Palace.

At the time, the collection of the recently established Art Gallery of NSW was split between the Australian Museum and a temporary city location. It was initially allocated space in the Garden Palace but, when this was deemed unsuitable, the government provided funds for a separate ‘Fine Arts Annexe’, which became the Gallery’s first purpose-built space.

Later, when a fire destroyed the Garden Palace and its contents, the Gallery was able to secure a new site and funding to build a solid brick building, on the site where the current Gallery now stands.

This small display includes several ceramics presented to the Gallery by the Japanese commissioners attending the Sydney International Exhibition, as well as related publications, images and ephemera from the Gallery’s archive.