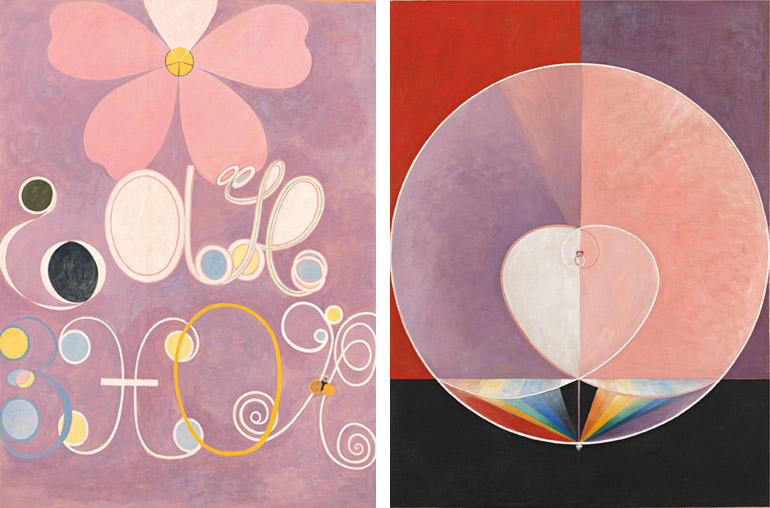 More than a century after she painted her most celebrated works, Swedish artist Hilma af Klint is taking centre stage as her art captivates audiences around the world.

Graduating with honours in 1887 from Stockholm’s Royal Academy of Fine Arts, af Klint was recognised as a talented naturalistic painter but in 1906 chose to pursue a radically different path as an artist – one that was deeply engaged with spiritualism, with new developments in science and with the natural world.

No one had created paintings like hers before – so monumental in scale, with such radiant colour combinations, enigmatic symbols and other-worldly shapes. In an era of limited creative freedom for women, her paintings became an outlet for her exceptional intelligence, spiritual quest and ground-breaking artistic vision.

On her death in 1944, af Klint left more than 1300 paintings and some 26,000 pages of writing. Recognising that viewers of her time were not ready for what she had created, she left instructions that her work should be kept secret for at least a couple of decades after her death.

Hilma af Klint: The Secret Paintings provides an in-depth introduction to the cycle of work the artist considered central to her oeuvre – The Paintings for the Temple (1906–15). It features The Ten Largest (1907), her celebrated series of ten paintings (each over 3 metres in height) that represents stages of the human life cycle. The exhibition also shines a light on lesser known aspects of her output, including early botanical studies; experimental drawings made with the spiritualist group The Five; and a large selection of abstract watercolours, several of which have never before been placed on public view. A display of a selection of af Klint’s notebooks gives fascinating insights into her influences and processes.

This exhibition is supported by the NSW Government through its tourism and major events agency, Destination NSW and presented with the cooperation of The Hilma af Klint Foundation, Stockholm in association with Heide Museum of Modern Art, Melbourne.