Garden and cosmos
the royal paintings of Jodhpur 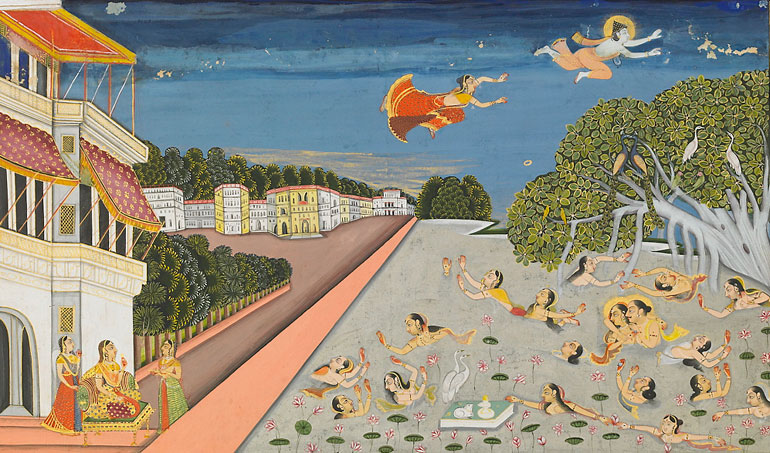 A rare chance to see paintings from the royal collection of the Mehrangarh Museum Trust, Jodhpur and to experience the unique art tradition that flourished in the royal courts between the 17th and 19th centuries.

During this period, the region of Jodhpur – in modern-day Rajasthan – produced a distinctive and inventive painting style. Paintings produced for the private enjoyment of the maharaja and his court brought together traditional Rajasthani styles and combined them with styles developed in the imperial court of the Mughals.

The paintings included in the exhibition range from a handful of miniatures to monumental artworks depicting the palaces, wives and families of the Jodhpur rulers.

Later works depict epic narratives and demonstrate the devotion of Maharaja Man Singh to an esoteric yogic tradition. Jodhpur artists rose to the challenge of creating images for metaphysical concepts and yoga narratives which had never previously been the focus of the region’s court art.