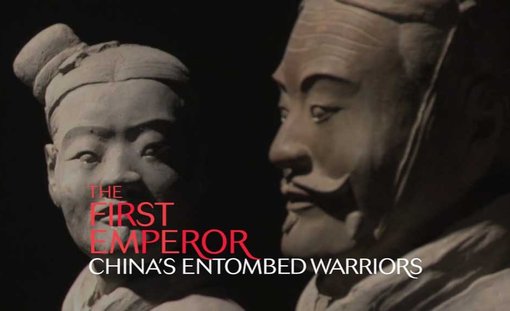 One of the greatest archaeological discoveries of the 20th century, the incredible life-size terracotta warriors have captivated audiences around the world. This amazing discovery stunned the world and exploration continues to this day.

Discovered by villagers in 1974, this vast underground army was created to protect the tomb of the first Emperor of China, Qin Shihuang (259–210 BCE) in readiness for the afterlife.

Displayed alongside these iconic figures will be ceremonial vessels and bells, ornamental gold and jade, weapons and armour, palatial architectural remains, pottery and ceramics. Significant recent finds which have rarely been seen outside of China include an exceptional life-size bronze crane and swan, only discovered in the last decade.

The First Emperor: China’s entombed warriors reveals the fascinating story of a key figure in world history, who unified China, leaving a legacy that has lasted over 2000 years.

These Chinese national treasures can normally only be viewed at a distance, in the vast earthen pits where they were first discovered. This is a rare opportunity to see the legendary warriors up close, examine the details and intricacies of individual pieces, and glimpse into the world of Qin Shihuang.

Drawn from 13 institutions in Shaanxi province, including the Qin Shihuang Museum of Terracotta Warriors and Horses.