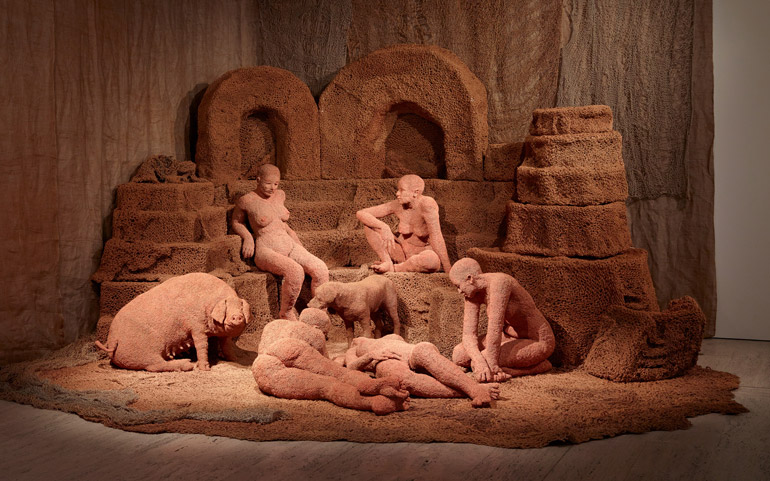 The rock forms, female figures and animals in this monumental work from the 1970s have been crocheted from natural and synthetic fibres.

Born in Poland, Ewa Pachucka lived and worked in Australia from 1971 until her return to Europe in 2000. Her textile works draw upon a classical discourse through which she expresses her progressive ideologies, integrating notions of collectivism, feminism, environmentalism and the elevation of textile traditions and ‘craft’ into the privileged realm of fine art.

Her multi-part installation Arcadia: landscape and bodies 1972-77 was created within the context of 1970s ‘fibre art’, and first exhibited at the Gallery in 1978.

It is complemented in this display by a group of works by Australian and international women artists produced between 1977 and 1980, all of whom explored in some way the ‘feminine’ craft practices of embroidery, quilting, crochet or sewing.