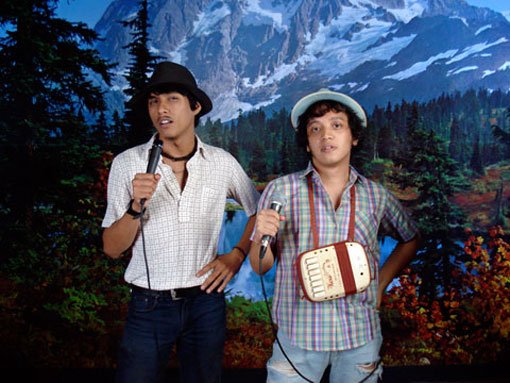 The six artists in Double take consider what it means to transform the self into another persona – as a doppelgänger, a karaoke performer, an avatar, a robot, or as a fantasy alter-ego.

These performances are not the pure fantasies of popular digital culture, where it is so easy to masquerade as another persona. These artists are more circumspect. Real time lurks within. This is the ‘double’ – because while the performances have a presence in our everyday world, they also take an imaginary guise. They shuttle between two worlds: reality and fantasy.

While the yearning to become someone else or to have multiple selves is not new, this exhibition approaches these age-old human desires in a new way, asking: How can we be both the self and another at the same time; both a self and an out-of-body split self? What is lost and what is gained in such double visions? What is imaginary and what is real?

This is the third Anne Landa Award, which was the first biennial exhibition in Australia for moving image and new media work, with an acquisitive award of $25,000. The award was established in honour of Anne Landa, a trustee of the Art Gallery of NSW who died in 2002. In 2009, it includes both Australian and international artists, although the acquisitive part of the award applies to the Australian resident artists only. It has been won by TV Moore.