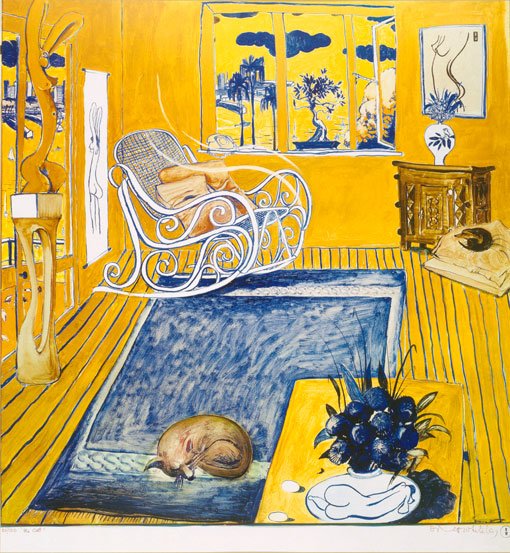 ...I am not interested in the Marxist side of printmaking…cheaper originals. A good print should have the same feeling of `rightness’ that a one-off drawing should have.
– Brett Whiteley, 1982

Printmaking for Brett Whiteley was an extension of his paintings and drawings. Unique and expressive in its processes, it provided another way to investigate his constant themes. This exhibition features lithographs, etchings, linocuts and silkscreen prints of works produced by Whiteley between 1961 and 1992, including early abstractions, his Regent Park Zoo series, nudes, and works depicting Lavender Bay, landscapes and birds.

Thursday – Sunday only
Free admission made possible by J.P. Morgan

For education groups
Due to COVID-19 restrictions, the Studio is currently not taking school group bookings.