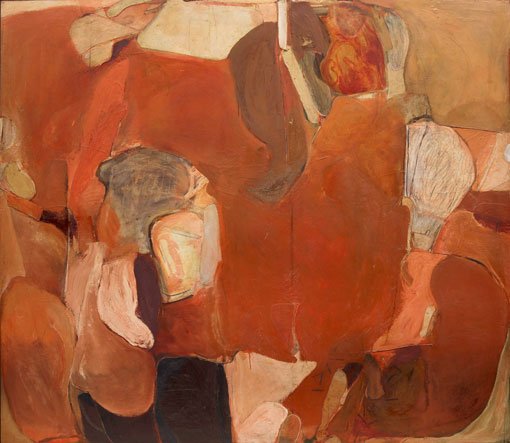 Rarely seen paintings and works on paper from his formative years chart Brett Whiteley’s journey to figuration through abstraction.

This exhibition shows how Whiteley’s early mastery of line, tone and edge informed his life-long pursuit to represent the human figure through art.

After arriving in Italy on a travelling scholarship in 1960, Whiteley harvested his artistic inspiration from visiting the many museums, galleries and churches throughout the country. Afterwards, In London, he produced a series of abstractions with which he strutted the world stage. One of the finest of these paintings – Untitled red painting 1960 – was bought by the Tate Gallery, making Whiteley the youngest artist to enter their collection at the time.

Bedevilled by a fear of stagnating, Whiteley moved from his early 1960s abstractions into a bathroom series, celebrating the sensuality of his wife Wendy’s body, extolling the curve not as a product of reductive geometry, or even human movement, but quite simply as the coefficient of sexual desire. Abstraction had pushed further into figuration through his sensual line.