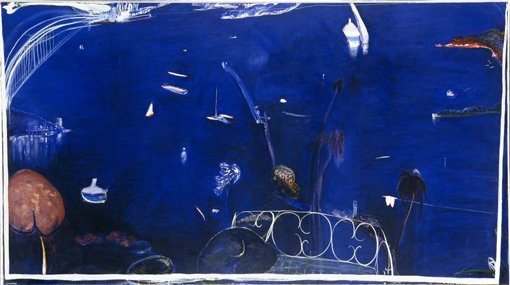 The allure of harbour and home

During the 1970s and ’80s Brett Whiteley dedicated a series of works to his home in the Sydney harbourside suburb of Lavender Bay. The culmination of this period saw the creation of magnificent works including The balcony 2 1975, Big orange (sunset) 1974 and the Archibald Prize-winning Self-portrait in the studio 1976.

Focusing on the immense influence of the harbour and home upon his artistic practice, this exhibition contains studies, paintings, sculptures and works on paper. The lyrical beauty which Whiteley sought at this time, inspired greatly by Henri Matisse, can be fully appreciated in this superb exhibition.

Note: this exhibition closes on 15 March 2020, not May as previously advertised. We apologise for any inconvenience.

Thursday – Sunday only
Free admission made possible by J.P. Morgan