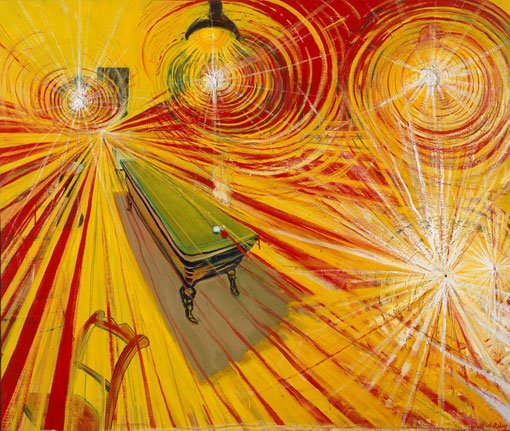 Brett Whiteley’s unique and distinctive way of seeing the world started when he was just 13 years old while attending boarding school in the western New South Wales town of Bathurst, picking up a tiny art book on Vincent van Gogh which was lying on the floor of St Stephen’s Church one Sunday morning in 1952. From this moment, Whiteley saw the world with increased intensity, what he coined as an ‘expandingness’, a heightening of reality. In this exhibition, with over 60 works from 1968 to 1983, some rarely displayed, Whiteley pays homage to Van Gogh and the profound influence this Dutch post-impressionist painter had on him throughout his career.

As Whiteley stated, ‘Vincent van Gogh is one of the few to be a painters` painter. He makes you want to have a go.’