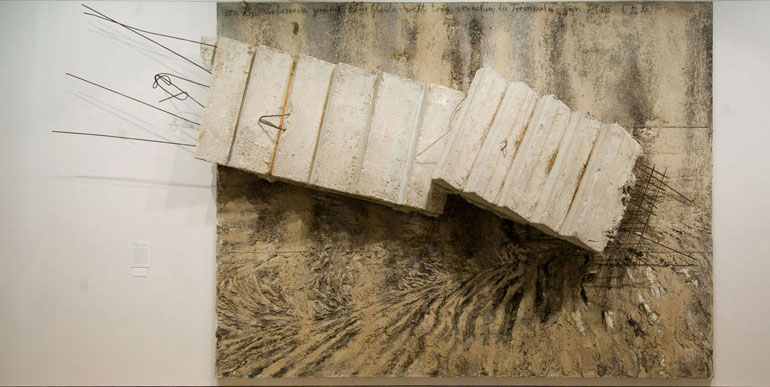 Anselm Kiefer is regarded as one of the most important and influential artists working today. This exhibition reveals some of the themes that Kiefer is currently exploring in his studio in France. One of these themes appears as a room dedicated to Palm Sunday, with painting and sculpture, using mixed media such as date palms, thorns, clay and red oxide.

The first (pictured) is a relief painting, including broken concrete steps that miraculously hover near the horizon like a failed stairway from earth to heaven.

The second is a floor piece donated by the artist that represents a heavenly emanation, like a meteor shower that has landed on earth, consisting of slivers of glass each inscribed with the number of an astronomical entity.