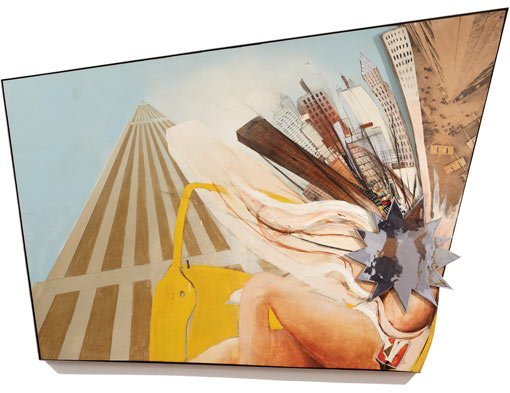 ‘When he sees a painter he admires, he meets his work head on, and paints through the middle of it.’

Brett Whiteley’s most ambitious attempt at portraiture is the 18-panelled work titled Alchemy 1972–73. For Whiteley in this work, the act of painting was not merely analogous to alchemy, but essentially a version of the same thing – with the potential for a personally transformative spiritual outcome.

With Alchemy as its centre, this exhibition highlights a selection of key works by Whiteley on poet Arthur Rimbaud and artists Francis Bacon and Vincent van Gogh. Together, they reveal an artist who, in the words of Krasner, ‘paints through the middle’ of all manner of styles, movements and influences – from surrealism, via Marcel Duchamp to pop art, as well as contemporary events and the narrative of his own life – to get where he wants to go, all the while holding the thread of alchemical transmutation.