Click on one of the small images to start the slideshow 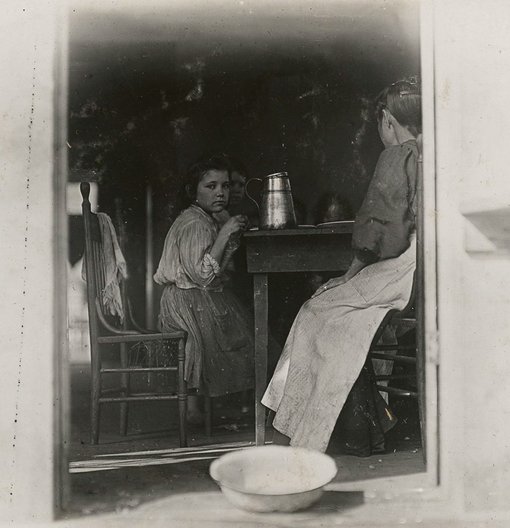 From its beginnings in the 19th century, photography was hailed as a recording device of great clarity and accuracy. In the late 19th and early 20th centuries it was increasingly used to convey the realities of life in the industrialised metropolis. In the US, Lewis Hine, for example, used photography as a tool to describe social conditions and effect social change.

In Australia, documentary photography has likewise been used to describe the diversity of life in cities, suburbs and rural areas. David Moore walked the streets of Sydney in the 1940s and 50s looking for scenes that might tell stories about hardship and social change in Australia. Hal Missingham, on the other hand, documented surf culture, revealing the prevailing masculine and feminine roles that shaped activities in the outdoors. Often featuring herself, her close friends and family, Sue Ford’s photographs are collaborative images forming series that document the passing of time and its effects on her subjects.

Mervyn Bishop began as a photo-journalist, where the emphasis is on news and fast reporting. His photographs chronicled significant events of the day in legible, dynamic and objective ways. As press photographer for the Sydney Morning Herald, Bishop captured his subjects with candid directness. His later work with the Department of Aboriginal Affairs in Canberra allowed him to document more fully social conditions and political events.

William Yang considers himself a ‘documentarian, a diarist mainly’. He draws his subject matter from his personal life and experiences, and his photographs tell stories about his childhood, family history, friendships and the impact of HIV/AIDS and death. Yang’s documentary-style evokes the web of social and emotional connections that bind people together across times and places.

Works from the collection