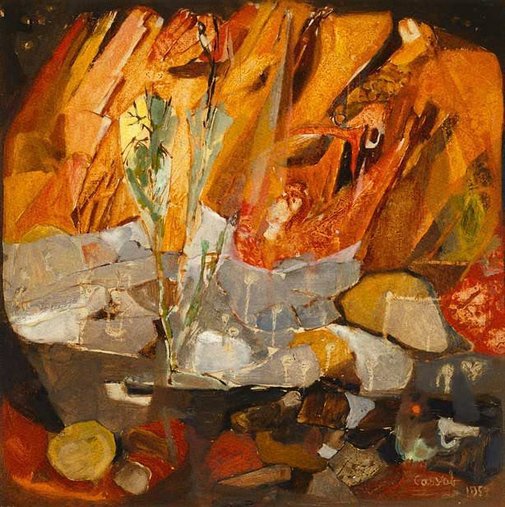 This is one of the earliest paintings made by Judy Cassab following her first visit to Central Australia in May 1959, painted in the artist’s Sydney studio from a similar-sized oil study made at Ormiston Gorge in the Northern Territory. It was purchased by the Gallery in the same year from an exhibition of Cassab’s work in London; a review in The Times likened her style with an English tendency to ‘equate (the landscape’s) small forms with its large ones’, in the manner of Graham Sutherland.

Her visit to Ormiston Gorge was recorded in her diary: "…. around me were marble piazzas, surreal shapes in mauves and purple and pink and giant pebbles of the same hue. My eyes watered from the brilliance of the stripes and dots on those marble rocks, washed and polished smooth by waters that disappeared thousands of years ago. Let me add that the verticals and horizontals are so shifted that, although I knew I was straight, it gave the optical illusion of being crooked, and added to the unreality of the walk. Everything stretches about in abundance and magnitude and volume and quantity, massive, intense, noble, extravagant, like every part of the Territory".

Browse other works by Judy Cassab 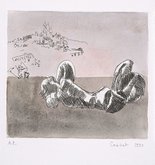