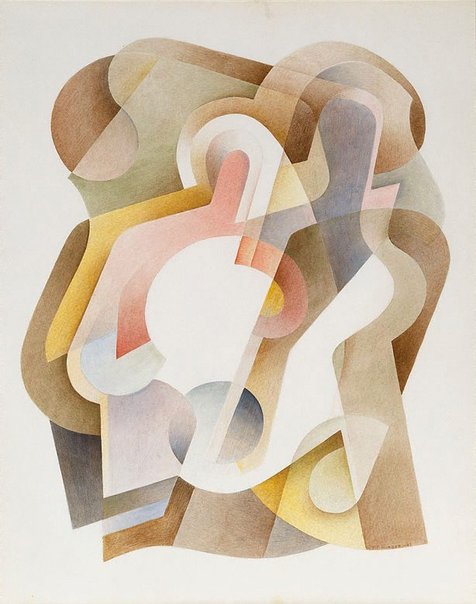 This is the preliminary study for 'Flight into Egypt', which won the Blake Prize for Religious Art in 1952 and is now in the collection of the Art Gallery of Western Australia, Perth.

Frank Hinder said of this work in 1968: "Sketches for the picture were started at the beginning of the war. I was influenced by the thought of movement of people shifted by war, and flight of refugees in Europe. After the war I came back to it and gradually it developed into the Blake picture, 'Flight into Egypt'".

tempera on paper on paperboard 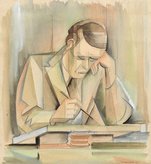